The gold band came off her finger while she was casting her vote in the General Election on December 12. 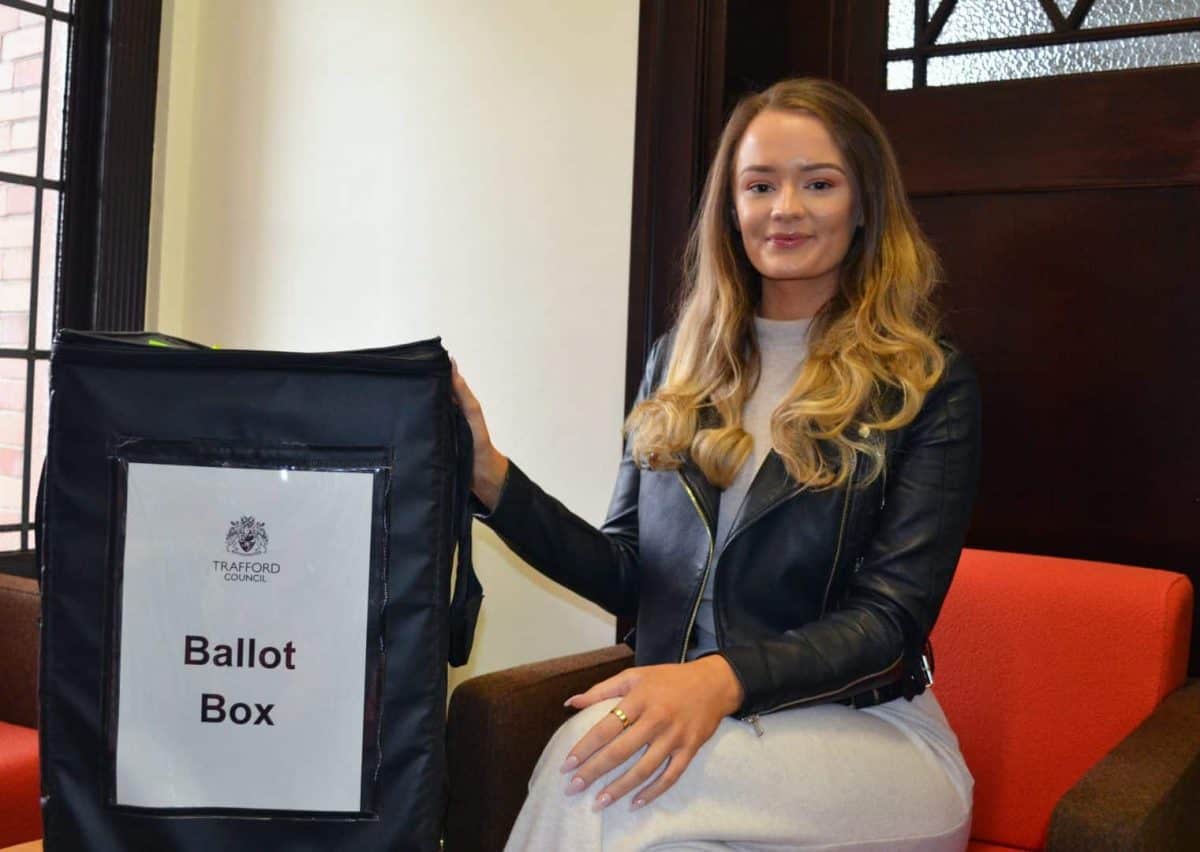 A woman who lost a wedding ring in a ballot box after it slipped off her finger while she was voting has been reunited with the precious gold band.

Charlotte, 22, who did not want to give her second name, realised that the ring, given to her by her mother Janice as a keepsake, was missing after voting in last week’s General Election and searched high and low without success.

But council staff who found the ring in a ballot box used at Cloverlea Primary School in Timperley, Greater Manchester, put out an appeal to find the owner and has now handed over the family heirloom.

Charlotte, a former Nottingham University textiles student, currently working at a John Lewis department store, said: “It was about 8.30pm when I went to vote as I had been working all day and was very tired.

“The ring was on my index finger and was slightly loose so it must have fallen off as I posted my vote into the box and pulled my hand away.

“I went home and later realised I had lost the ring and looked everywhere for it. I was really upset that I couldn’t find it.

“I was off work the following day, the Friday, and had still not found the ring.

“The next day I was on the way to the Trafford Centre with a friend and we were chatting about the ring.

“She said ‘Did you vote last night? I have seen a post on social media about a ring found in a ballot box at Cloverlea.

“The penny dropped and I realised it must be mine. I phoned Trafford Council and described the ring and they said they had it at the Town Hall.”

Thanks to the council

Charlotte added: “I am delighted to have found it, I didn’t want to face my mum’s wrath.

“I’m going to be a lot more careful in the future. Thanks to the council for helping me with this.”

Sara Saleh, Trafford Council’s corporate director of people, said: “I am absolutely delighted to have presented the ring to Charlotte. We are so pleased to have traced her – and to give her the best Christmas present ever!”