She said the Queen had "failed as head of state" in an explosive interview on Sky News. 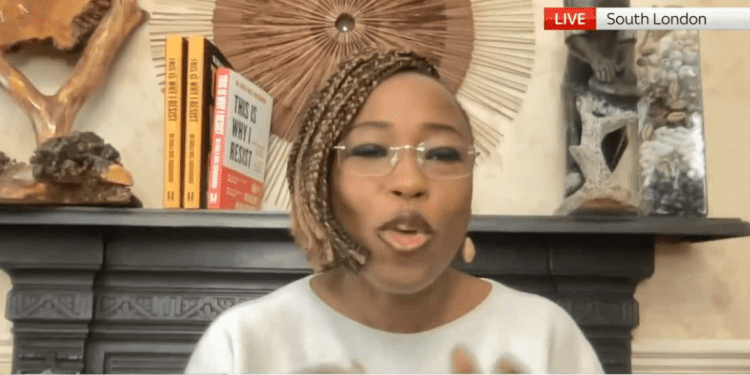 Dr Shola Mos-Shogbamimu has said the British monarchy’s popularity is at an “all-time low” in an explosive interview on Sky News.

The political commentator showed no sign of holding back during an interview aired today.

She said: “From the Cambridges to the Wessexes it shows that the Royal Family isn’t listening. It is an insult to Afro-Caribbeans in those countries. It is also a testament that the Queen as head of state of those nations failed.

“She failed as head of state, she has no legacy to leave because the first question you have to ask is, what did the Queen ever do as political head of state for these Afro-Caribbean nations?

“When these countries are demanding reparations, what is the response we’re getting from the Royal Family? Nothing. No apology or reparations. America paid $1.6 billion in reparations to the Japanese Americans.”