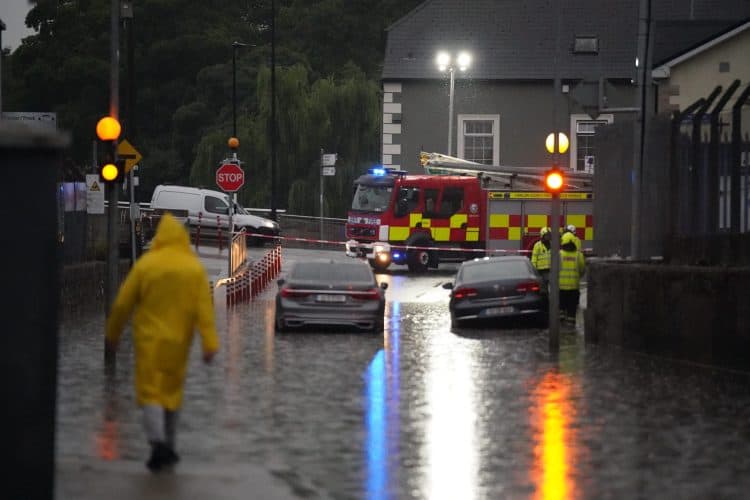 The industry and Ofwat, its financial regulator, say the water companies lost an average of 2,923.8 litres of water a day in 2021-22, the equivalent of 1.06 trillion litres over the year.

According to The Guardian, the figure is equivalent of 426,875 Olympic swimming pools – or more than three and a half Lake Windermeres.

Thames Water leaked the most, according to industry body Water UK – losing 217 billion litres of water over the year.

The company announced this week it would introduce a hosepipe ban from 24 August, impacting 15 million customers.

Musician Fearful Sharkey, the vice-president of charity WildFish, said leakage figures were “basically bollocks” – as companies could choose how to present the figures.

“Ofwat has been taken hostage by the water industry and is suffering a bad case of Stockholm syndrome.

“People will no longer accept this kind of propaganda and Ofwat, with all its incompetence and failings, needs to start behaving like a regulator,” he added.

It comes as the average water company boss’s total pay rose by 20 per cent over the last year as a “national scandal” of leaks and sewage being pumped into the sea continues, research has suggested.

Analysis by the Liberal Democrats found the 22 water company executives across Great Britain were paid £24.8 million, including £14.7 million in bonuses, benefits and incentives in 2021/2022.

Pollution warnings were put in place on 40 beaches across England and Wales this week, mostly on the south coast, after flash flooding overwhelmed sewage systems.

Thames Water, which supplies 15 million people, is putting a hosepipe ban in place on August 24, as water levels in its reservoirs are “much lower than usual”.

Lib Dem environment spokesperson Tim Farron said: “This is a national scandal. These disgusting polluting habits have made beaches unsafe in the middle of the summer holidays and harmed precious British wildlife.

“Hosepipe bans could have been avoided this summer if these water company CEOs bothered to invest in their rusting pipes rather than stuffing profits in their pockets.

“They are putting profit over the environment. Frankly, the whole thing stinks.”

He added: “This government is guilty by association for letting water companies get away with this.”

Using information from the annual returns of each water company, the Lib Dems found the combined bonuses and salaries per water company boss rose by a fifth – or 21 per cent – from 2020/2021 to 2021/2022.

Lib Dem MP for Tiverton and Honiton, Richard Foord, said beaches in his Devon constituency had been among those marked unsafe due to sewage.

“Local people and holidaymakers shouldn’t be forced to swim amidst human waste.

“Devon’s beaches are amongst the best in the world but the government is turning a blind eye while private companies ruin them,” Foord said.