“Our members are fully committed to the industrial action – they don’t want their conditions ripped up.” 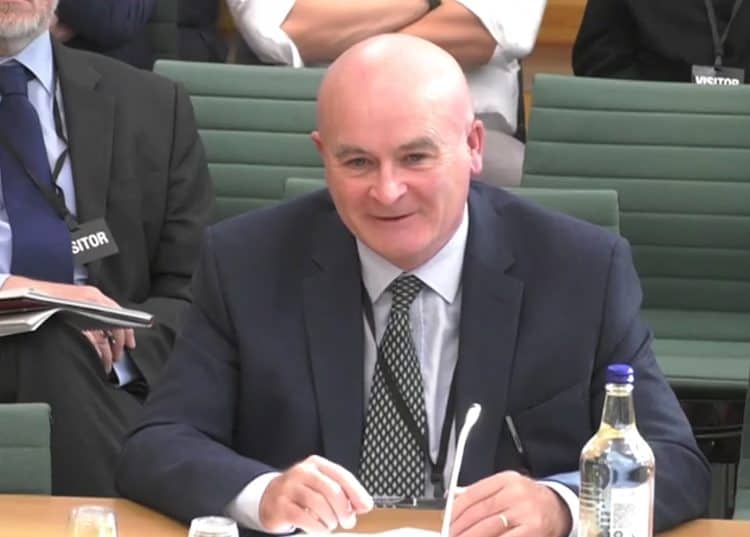 The Government has been accused of prolonging the bitter rail dispute by refusing to give the industry enough funds to resolve the deadlocked row over pay.

Mick Lynch, general secretary of the Rail, Maritime and Transport union (RMT) said a “change of atmosphere” from ministers as well as train operators and Network Rail (NR) was needed.

He told the Transport Select Committee that train companies were given £30 million by the Department for Transport (DfT) every time there was a strike, so although workers lost money, they didn’t.

“That is why it is taking so much time to come up with proposals,” he told MPs, adding that train operators had not given a figure for a pay rise even though talks have been continuing for months.

“Our members are fully committed to the industrial action – they don’t want their conditions ripped up.”

Mr Lynch said the RMT was being told to accept job cuts and worse terms and conditions before a pay offer is made, describing it as an “attack” on rail workers.

He said previous Transport Secretary Grant Shapps had “abused” him by calling him a “baron” and a “militant”, adding: “It needs a new atmosphere. The Government is making this dispute longer.”

Transport for Wales and Merseyrail

The union had resolved disputes with companies such as Transport for Wales and Merseyrail, which were not tied to DfT funding, he said.

Asked what the train operators could do to help resolve the dispute, Mr Lynch said: “Stop asking us to accept things they know we cannot accept.”

Tim Shoveller, lead negotiator for NR, told the committee he was “continually hopeful” for an agreement to change working conditions, adding that talks with unions were continuing despite a series of strikes which have caused travel chaos for months.

He said talks were held on Tuesday and another meeting was planned for Friday.

He said there were signs of a “slight change” in the talks, telling MPs: “It might be that conversations have started that we have not had for a while.”

Watch Lynch in his pomp below: