Plans to test millions of people a day come after Matt Hancock hit out at people for creating a strain on the system by ordering too many. 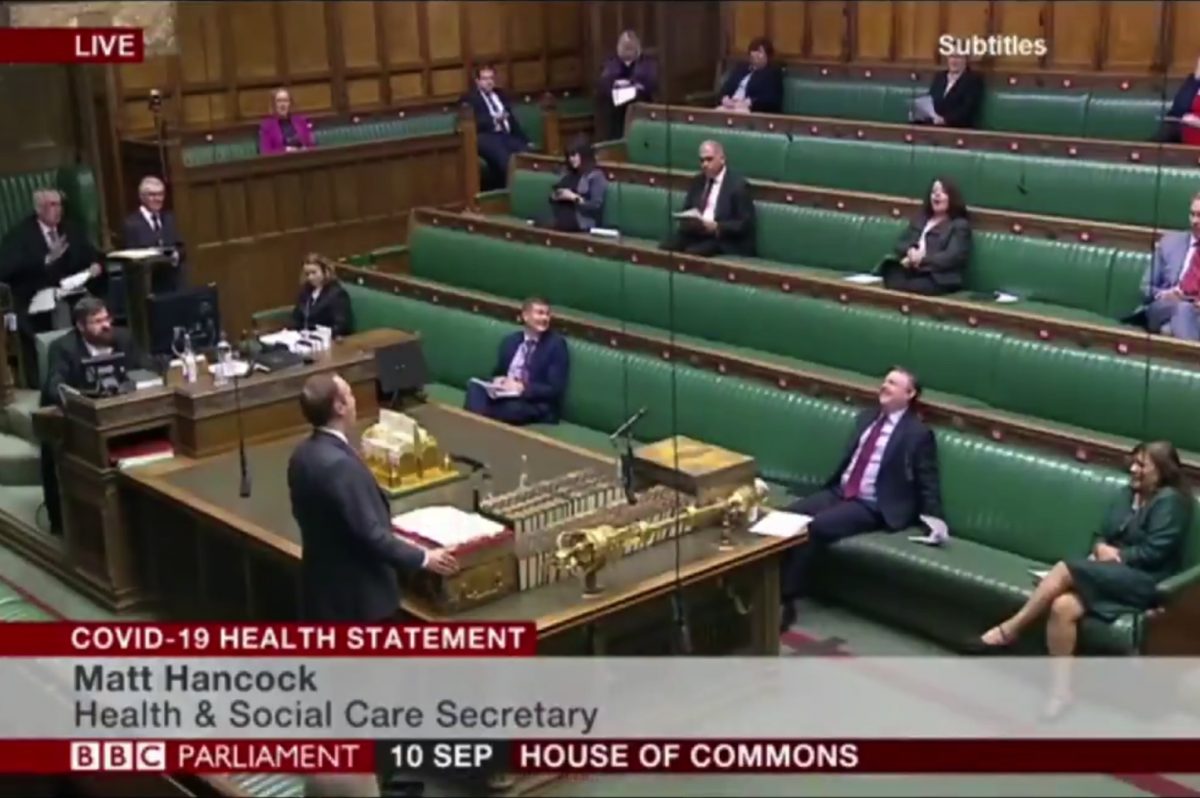 The Health Secretary has defended the Government’s ambitious mass Covid-19 testing proposals in the face of laughter and heckling in Parliament.

Matt Hancock hit out at the “naysayers” in the House of Commons when outlining the “Operation Moonshot” plans, which would see millions of UK-wide tests carried out daily.

Earlier on Thursday a leading statistician warned that hundreds of thousands of people could be unnecessarily told to isolate under the proposals.

But Mr Hancock said he is “absolutely determined that we will get there” and is looking forward to rolling out the programme, which will aim to provide mass testing using saliva and other methods which can deliver results within 20 to 90 minutes.

He explained that the approach is being piloted and steps are being taken to verify the new technology ahead of a desired nationwide roll-out.

Amid heckling, he told MPs: “I’ve heard the naysayers before and I’ve heard the people on the other side complain we’ll never get testing going – and they’re the same old voices.”

He added: “I’m looking forward to rolling out this programme and this work, which has been under way for some time already, I’m absolutely determined that we will get there.

“And if everything comes together, and if the technology comes off, it’ll be possible even for challenging sectors like theatres to get closer to normal before Christmas.”

Matt Hancock goes off on one when MPs laugh at operation moonshot. pic.twitter.com/L6l9wYoJ8C

People “ordering too many tests”

Earlier this week Hancock moved to shift the blame on the British public for the latest coronavirus testing debacle.