“With this situation, please, no comparison.” 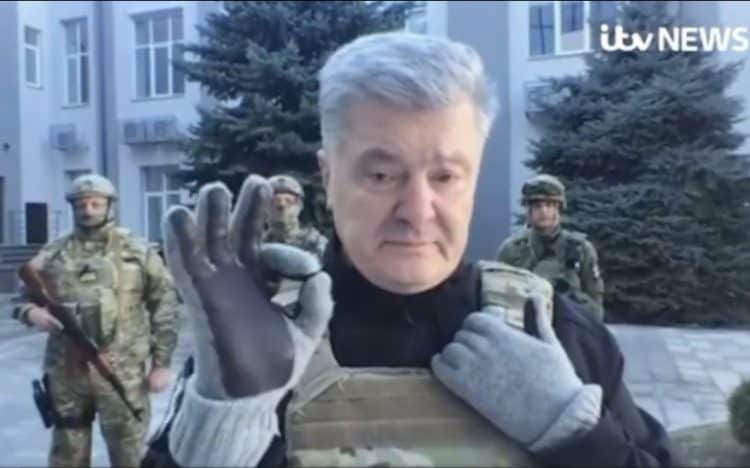 Ukraine’s former president Petro Poroshenko had a poignant message for Boris Johnson after the prime minister compared the ongoing conflict to Brexit at the Conservative Party spring conference.

Asked about the comments at the weekend, Mr Poroschenko pointed out that “zero” people have died as a result of the UK’s decision to leave the EU.

Conversely, “thousands” of Ukrainians have died defending their country from Vladimir Putin’s invasion.

Speaking to ITV News, Volodymyr Zelensky’s predecessor said: “Only today we have 150 Ukrainian children who were killed by Russian soldiers and Russian artillery.”

“Can I ask you how many houses were destroyed because of Brexit? We have whole cities that have been completely destroyed,” he said, adding: “With this situation, please, no comparison.”

Mr Johnson had already sparked anger with his remarks in a speech to the Scottish Conservatives spring conference on Saturday.

“I can give you a couple of famous recent examples. When the British people voted for Brexit in such large numbers I don’t believe it was remotely because they were remotely hostile to foreigners – it was because they wanted to be free.”

“How many citizens died for Brexit?”

Downing Street insisted on Monday that the Prime Minister was not directly comparing the war in Ukraine with Brexit, and said he would not retract the comments.

“There was not a direct comparison made between fighting in Ukraine (and Brexit)…they’re not directly analogous. He was making observations about people’s desire for freedom,” the spokesman said.