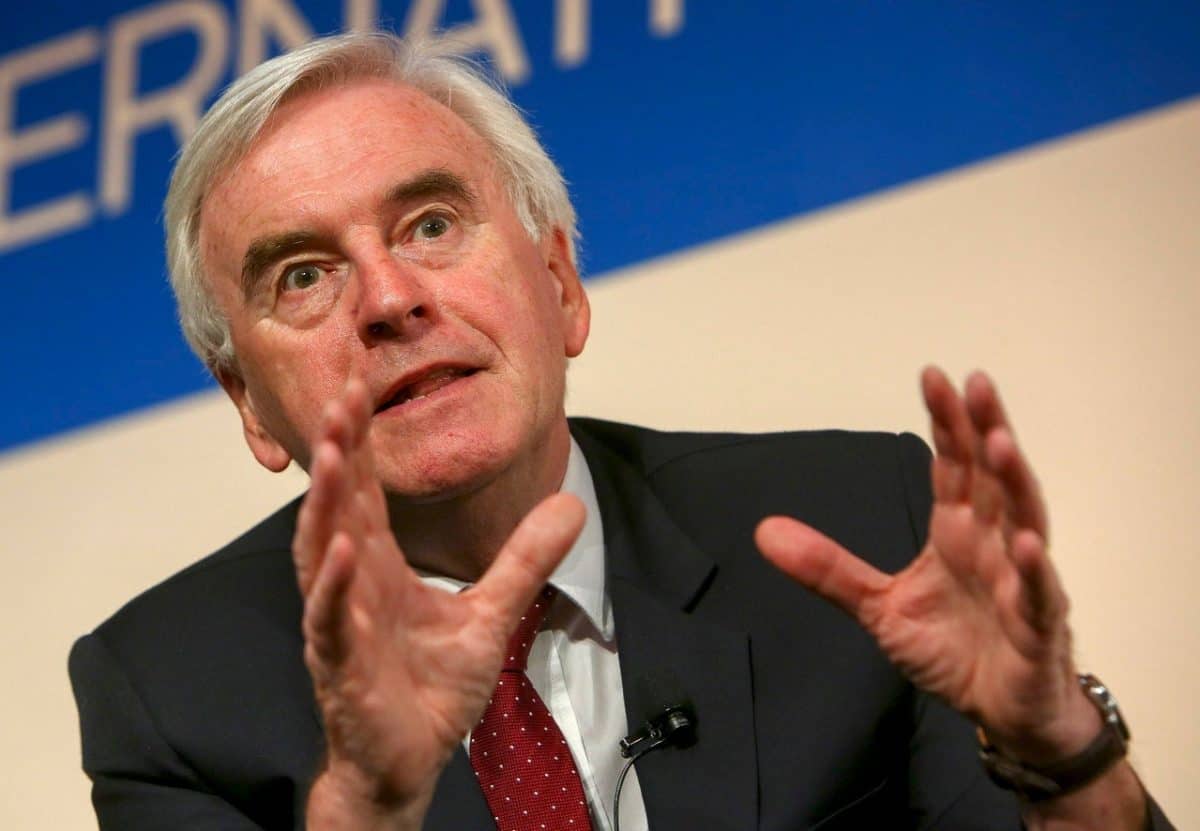 There should be no “panic” to switch Labour’s position on Brexit, Len McCluskey has insisted, putting himself at odds with many of his union’s members and Labour Party activists.

The comments come despite shadow chancellor John McDonnell saying the party needed to “move now” towards support for another referendum Brexit and said the delay was coming from trade unions.

Although he insisted Jeremy Corbyn was still in charge, Mr McDonnell told Sky’s Sophy Ridge the Labour leader was still  trying to  “build consensus” with the unions.

Mr McDonnell said: “(Jeremy) had a meeting on the Monday before the last shadow cabinet and I thought the next day we were going to move forward.

“The unions asked for a bit more time and I don’t mind that – that’s the type of leader Jeremy is, he is a consensus builder.”

When asked if reports he told the shadow cabinet Labour’s current policy was a “slow motion car crash”, he said: “What I’ve been saying is we need to move now and Jeremy said a month ago ‘yes, we’re going to put this issue back to the people’ – he fully agreed.”

But Unite boss Len McCluskey showed no sign of removing his opposition to changing stance and told the BBC’s Andrew Marr Show there was “a panic” before blaming a “well-funded Remain lobby” for creating a “toxic situation”.

He said: “There seems to be a panic to rush in order to establish a different position from one the Labour Party has had for a couple of years now, which is respecting the result of the 2016 referendum and trying to negotiate a deal which would unite the nation.

“Unfortunately we have had a prime minister who has made huge mistakes and a government which has been incapable of delivering Brexit.

“And we have had a well-funded Remain lobby that has turned the nation into a toxic situation.”

While Mr McCluskey said discussions were ongoing, he insisted his preference was to get a Brexit deal and for “a referendum called a general election” and continued to press the case for Labour to back a Brexit deal involving a customs arrangement.

When told he was out of the step with the shadow cabinet, including Mr Corbyn and Mr McDonnell, the union boss said “I don’t believe there is a panic and my message to everybody is stop panicking”.

He said Mr Corbyn would “not be bullied into any position” and claimed he was “comfortable” with a move to any Brexit deal being put to a public vote.

Mr McCluskey  added: “If we were faced with the situation of either no deal or Remain I suspect we would campaign for Remain – a no deal is so dangerous to our economy it would need to be opposed.”

But the union chief dismissed the accusation he was also out of step with his trade union membership  – with polls showing 65% of members wanted to remain – as “absolute nonsense” and claimed “none” of his conveners wanted a second referendum.

He added: “I don’t need YouGov or the public vote people to tell me how my members are thinking.”

And when asked about reports Labour leader Jeremy Corbyn was mentally and physically unfit for office, possibly due to a stroke, Mr McCluskey attacked journalists for “fake news”.

“They ought to be ashamed of themselves,” he said. “It was fake news, it was lies, it was distortion.

“Jeremy Corbyn is fit as a fiddle, he is one of the strongest people I have ever met – people 20 years younger struggle to keep up with him…

“I don’t believe them at all – it’s the Murdoch press, of course they are going to attack and try to undermine Jeremy.”