After it struggled to convince the US to sign a big post-Brexit trade deal, the UK is setting its sights lower. 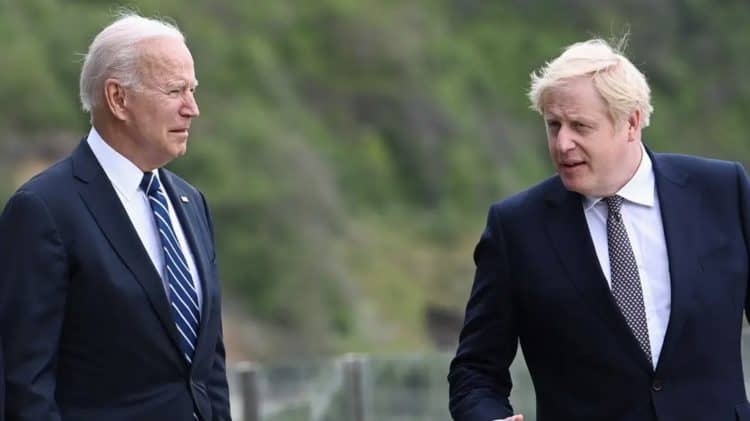 The government wants to strike trade agreements with individual US states as it seeks to strike up a special post-Brexit economic relationship.

It comes after Joe Biden said a post-Brexit trade deal with the UK would not be a priority for his country – before strengthening economic ties with the European Union.

A Department for International Trade source reportedly told The Sun: “From York to New York, Birmingham in the Midlands to Birmingham Alabama – we want to turbo boost UK and US businesses.

“When you look at the numbers, the wins on offer by bagging trade agreements with individual states are massive.

“California’s economy alone is larger than the economy of the whole of France.”

According to City A.M., a DIT spokesperson insisted Britain “already has a thriving economic relationship with the US”, but that “there’s a wealth of opportunities to build even deeper ties at both a federal and state level”.

“We want to make it easier and cheaper for UK and US businesses to work together,” the spokesperson said, adding: “Whether it is a recognition of professional qualifications, increased uptake of state-level procurement contacts, or closer ties between key sectors – we are exploring ways to help businesses take full advantage of these opportunities, benefitting communities across the UK and the US.”

Trade minister previously begged the US for post-Brexit deal

Meanwhile, Anne-Marie Trevelyan, Britain’s international trade secretary sent trade minister Penny Morduant to the US to convince politicians and business leaders from states such as Georgia and Oklahoma to trade with the UK.

In December, Mordaunt told an event in Atlanta that she wanted the US to wake up to Brexit and argued the US would not get the same benefits from the EU in attempting to convince Biden to work with Britain – but even prime minister Boris Johnson admitted in September that Biden is not prioritising a trade deal with the UK.