Adam Afriye could be forced to step down after HMRC filed a petition for bankruptcy against him. 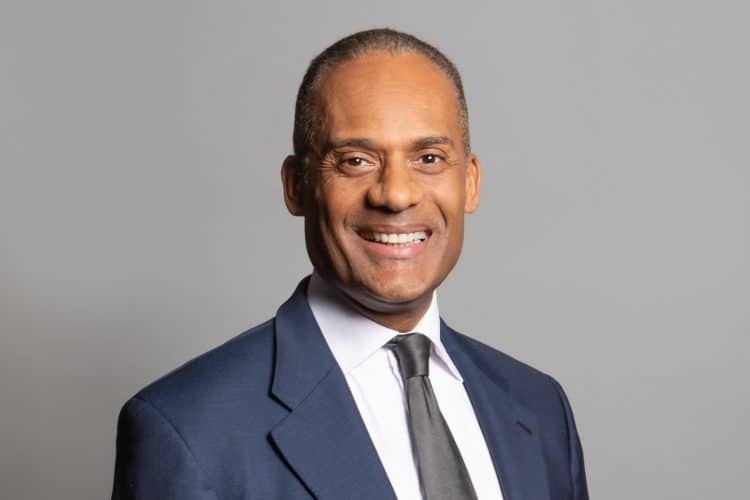 Court record reveal a petition for bankruptcy has been filed by HMRC against Adam Afriyie, who has represented Windsor since 2005 – with the Tory MP set to represent himself.

Parliamentary rules dictate that sitting MPs who are declared bankrupt must step aside if a bankruptcy restrictions order is made against them.

This can be imposed upon the MP if they refuse to cooperate with the process or is suspected of concealing assets, potentially meaning the prime minister could face a fourth by-election in swift succession.

Afriyie, 56, was brought up on a council estate in Peckham, south London, and has built a reputation as a successful entrepreneur after setting up an IT firm, Connect Support Services.

According to Land Registry records, he bought a £4 million house in his Windsor constituency in 2008. Estate agents described it at the time as having an octagonal music room and an ornamental bell tower – long with eight bedrooms.

It emerged in 2015 that the property was being rented out on AirBnB for nearly £2,000 a night.

Connect Support Services went into insolvency in 2017, having reportedly run up debts of £1.7 million with HMRC – the lead creditor in Afriyie’s bankruptcy case.

He was first reported to be facing potential bankruptcy proceedings before the 2019 election.

A spokesperson for Afriyie said: “The petition arises for complex reasons related to Adam’s past business interests. Negotiations have been ongoing for several years and the petition is subject to legal challenge as his advisers are working towards reaching an agreement.”

Afriyie added: “I will of course pay any tax that is due.”

Having once been touted as a future leader, Afriyie was influential in forcing David Cameron to hold an EU referendum before the 2015 election, claiming he would not be able to sleep at night if the public were not given a vote.

If he was forced to step down, it would leave the Tories facing three by-elections in safe seats in the coming weeks.

Alongside Owen Paterson’s North Shropshire constituency, elections will be held in the Old Bexley and Sidcup seat of former minister James Brokenshire, who died of cancer last month, and the Southend West seat held by Sir David Amess – who was murdered last month.