Sunak is said to be calling for Britain to take advantage of its successful vaccination programme by opening up further. 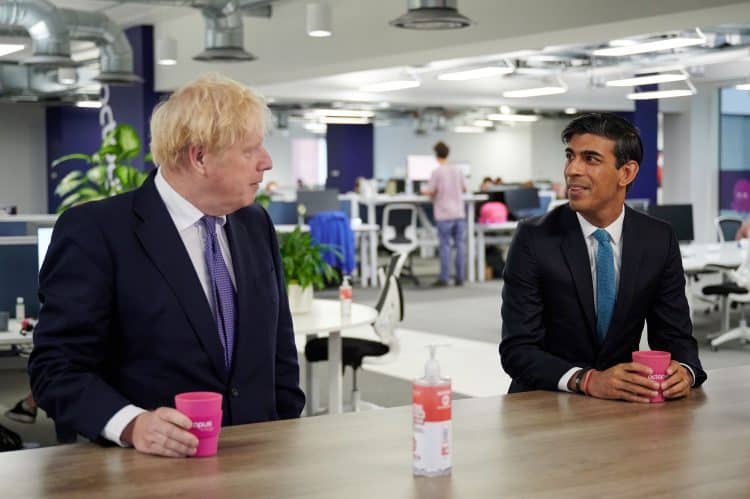 The chancellor has warned Boris Johnson that the UK’s travel restrictions are “out of step” with its international rivals as he pushes for holiday rules to be relaxed, according to reports.

The Sunday Times reported that Rishi Sunak has written to the prime minister about the damage that the current border rules are doing to the country’s economy, particularly its tourism and hospitality sector.

He is said to be calling for Britain to take advantage of its successful vaccination programme by opening up further. Sunak has reportedly told Johnson that the UK’s entry and exit rules are “out of step with our international competitors”.

The newspaper quotes a source, who it claims is familiar with the letter, as saying: “Rishi has called time on the travel restrictions.”

The report comes before ministers are due to meet next week to set the travel rules that will be in place for most of August.

Treasury sources did not deny Sunak had written to his Downing Street neighbour but said the communication was not related to next week’s review.

The government has faced criticism over changes to its border policy during the coronavirus pandemic, with France the latest to be irked after it was placed on a newly-created “amber-plus” list as part of the so-called traffic light system.

The fresh designation, in response to suggestions of growing cases of the Beta variant that was first discovered in South Africa, saw the quarantine exemption for the fully vaccinated scrapped, meaning those returning from France had to quarantine for 10 days.

Analysts have predicted that Spain could be the next country to go on the amber-plus list, in what would be a blow to British tourists given Spain is the UK’s most popular tourist destination.

There is speculation that France might be promoted back to amber when the Government updates the travel lists on 5 August, restoring the ability for the double jabbed to skip self-isolation.

Too early to speculate

No 10 sources said it was too early to speculate on what changes might be made next week, with ministers yet to see the latest data from the Joint Biosecurity Centre, which assesses the risks presented by international travel.

They pointed to the decision to open up travel to those who are fully vaccinated coming from the US and European Union as an example of Johnson’s own desire to see more open borders in Britain.

Sunak’s push for travel restrictions to be softened comes only days after scientists advising the Government on coronavirus warned, in papers published on Friday, that any increase in foreign travel this summer is concerning.