The Treasury vetoed a number of proposals to ease the pain for millions of struggling Brits. 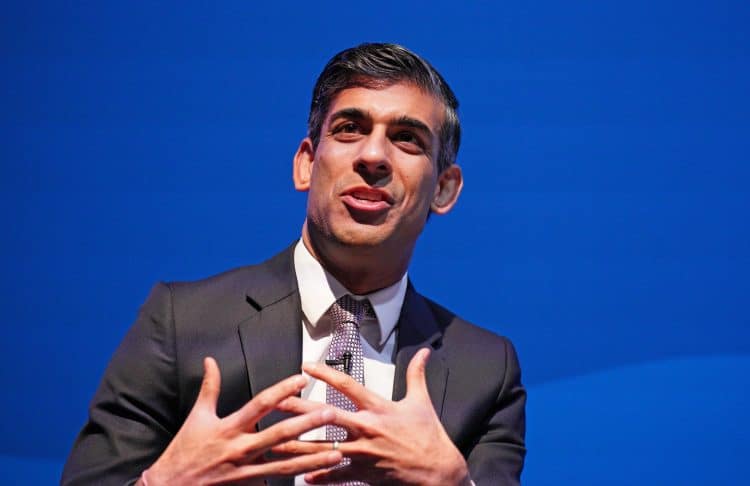 Rishi Sunak vetoed plans to ease the cost-of-living crisis for millions of struggling Brits, a leaked document has revealed.

An earlier draft of the energy security strategy, obtained by the i newspaper, included measures to increase the £200 energy rebate to “£500 or more” for either all households or just “fuel poor” homes.

But the recommendation was rejected by the Treasury, despite mounting evidence over the damage that soaring energy bills is wreaking on household budgets.

Alternative suggestions – including a delay to the repayment of the rebate or a proposal to exempt the poorest homes from repaying it altogether – was also dismissed by Sunak.

The revelation comes despite Boris Johnson claiming his energy strategy, published lat night, would enable to the UK to “enjoy greater energy self-sufficiency with cheaper bills” – and ramps up the pressure on the embattled chancellor.

The leaked document, in a section titled “helping consumers manage their energy bills”, states: “We could boost the recently announced rebate scheme. There are three options: a) Increase the amount of the rebate e.g. from £200 to £500 or more – either for all or just for fuel poor households; b) Delay the point at which the rebate has to be repaid and/or extend the repayment period – again either for all or targeted at the fuel poor; c) Exempt at least some fuel poor households from all or some repayment.”

In response, Labour called on Sunak to introduce a windfall tax to save people £600 on their bills.

“Instead he has wasted time with a dodgy buy now, pay later loan scheme, and now it appears that he’s yet again stood in the way of any real action to tackle the cost of living crisis,” Shadow Chief Secretary to the Treasury Pat McFadden told the newspaper.

Labour leader Sir Keir Starmer said on Thursday that the energy strategy is “not enough” and is “too little, too late” to help families with rising costs.

“All we’ve got today is a cobbled-together list of things that could and should have been done over the last 10 to 12 years, and it doesn’t even tackle really important things like insulating homes, which could save £400 on everybody’s bill,” he said.

Sir Keir told broadcasters that “because of political squabbling it leaves out of account really important initiatives like keeping homes warm, insulating homes, which I’ve seen for myself can make a huge difference and reduce bills by up to £400, that’s the sort of real action we were looking for today”.