Lakhvir Singh, who was locked in the back of the van for 8 hours, said: "I'm so happy that my fate bought me here to live in Glasgow, where the people will come out onto the streets to help one of their own." 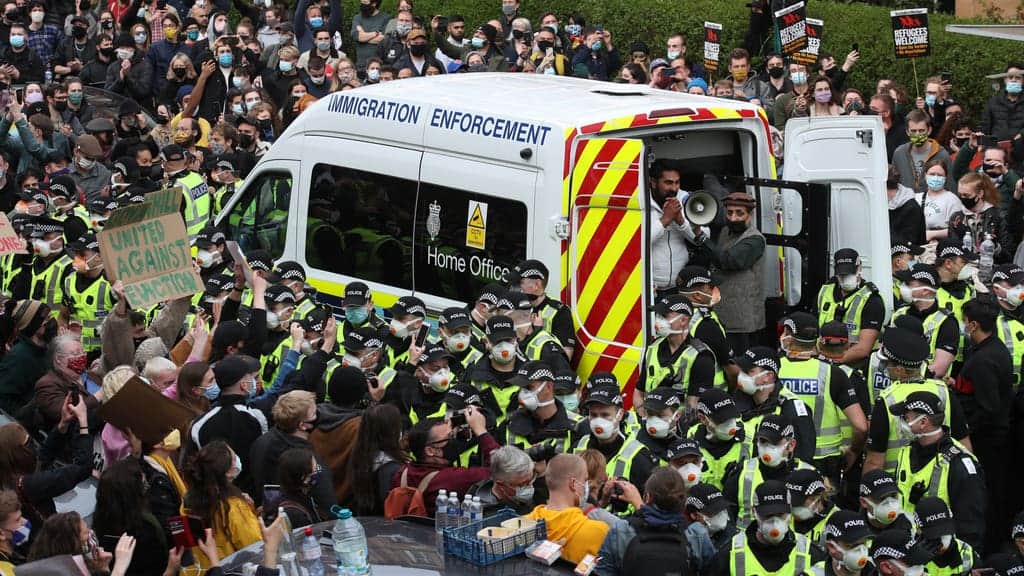 Nicola Sturgeon has said the Home Office needs to ask “itself hard questions” after mass protests took place over the detention of men in Glasgow.

Police Scotland released the two Indian nationals detained by Border Force officials in the city after people surrounded their van and prevented it from leaving on Thursday.

Demonstrators in Kenmure Street, Pollokshields, had blocked the immigration enforcement van for hours, with one lying underneath the vehicle.

In response to the scenes, the First Minister tweeted: “The Home Office needs to ask itself hard questions after today.

“Doing this on Eid, in the heart of our Muslim community, and in the midst of a serious Covid outbreak was staggeringly irresponsible – but the even deeper problem is an appalling asylum & immigration policy.”

People power forces despicable Home Office to back down pic.twitter.com/9iKn3I8IVW