Starmer said “public services should be in public hands" during the Labour leadership race. 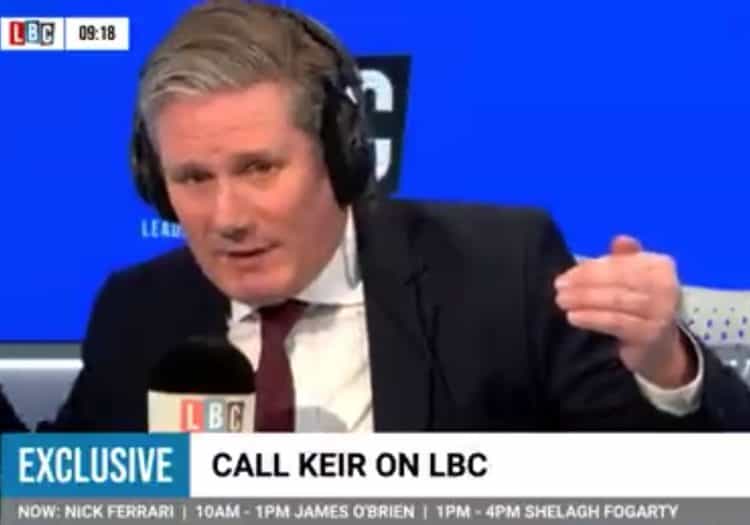 Keir Starmer has said he is “not in favour of nationalisation” as he rejected the notion that energy companies should be taken into UK public ownership to tackle the energy bill spike.

During an appearance on LBC, a caller – Annie – suggested to the Labour leader that energy companies should be nationalised to keep profits in the country.

But Sir Keir responded: “I’m not in favour of nationalisation.

“There’s different ways of doing business, but the top-down version of nationalisation I don’t think really works and I’m not in favour of that. We may have to look at the models for ownership of energy companies.”

Starmer added that the “immediate problem” is how to endure the coming months amid rising bills, a cut to Universal Credit and increases to both National Insurance and council taxes.

“I’m really glad you called, Annie, because there’s been so much focus on the parties et cetera, but I think millions of people are in exactly the same place as you, which is really anxious about how they pay the bills,” he told LBC’s ‘Call Keir’.

Despite pledges to support nationalisation in the campaign to succeed Jeremy Corbyn, Starmer previously ruled out nationalising the big Six energy firms during an appearance on the BBC during Labour conference in September, saying: “No… I do not agree with the argument that says we must be ideological.”

One of Starmer’s pledges during the leadership campaign was that “public services should be in public hands, not making profits for shareholders” – and he backed “common ownership of rail, mail, energy and water”.

This, meanwhile, is what he backed during the campaign to succeed Corbyn.