The Labour leader said Johnson starts fights with Brussels to distract from scandals like the Owen Paterson affair. 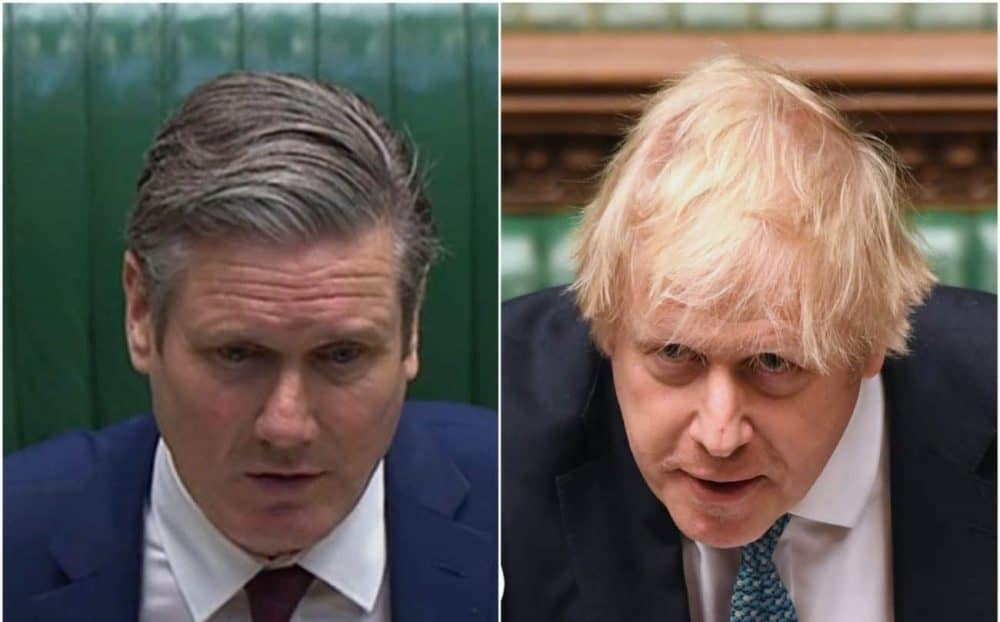 The government has intensified its feud with the European Union just as it comes under intense fire for the Owen Paterson scandal, with accusations of sleaze stacking up at Johnson’s door.

Just as the Tories were ready to prevent the suspension of Paterson after he was found guilty of taking hundreds of thousands of pounds in lobbying cash, Brexit minister Lord Frost said last week that a controversial move to suspend the Northern Ireland Brexit agreement was “on the table”.

Starmer reacted by telling BBC‘s Andrew Marr Show: “I am afraid that I can’t help think that the prime minister is constantly trying to pick a fight on things like this so he hopes people don’t look elsewhere in the forest, which are things like the Owen Paterson affair.”

Starmer urged the government to not rip up the Protocol, because it prevents a hard border on the island of Ireland: “I don’t think that triggering Article 16 will resolve the dispute in relation to the Protocol in Northern Ireland.

“Because of the way the protocol was drafted, because of what the prime minister signed, it is perfectly true that there are checks from Great Britain to Northern Ireland – we want to reduce those.”

Although the government itself signed the current agreement, it wants the Protocol to be changed – but rejected EU offers on how to fix it and, insisting on scrapping the role of the European Court of Justice in overseeing the agreement.

Starmer, who previously supported a second referendum, told Andrew Marr he wants to “make Brexit work”, a slogan he has been repeating in recent weeks.

The Labour leader said repeatedly throughout the interview that he wanted to “make Brexit work” – a slogan he used in his recent party conference speech.

It echoes the thoughts of Manchester mayor Andy Burnham, who earlier this year told The London Economic that the UK is “drawing a line” under Brexit.

Asked whether reviving industrial regions in the UK could drive a movement to rejoin the EU, Burnham said: “I think they have very much switched from the Labour Party perceived to want to stay in the EU as was, and people are embracing the fact that this is a new reality now in the UK, and I think that’s the way everybody needs to embrace it.”