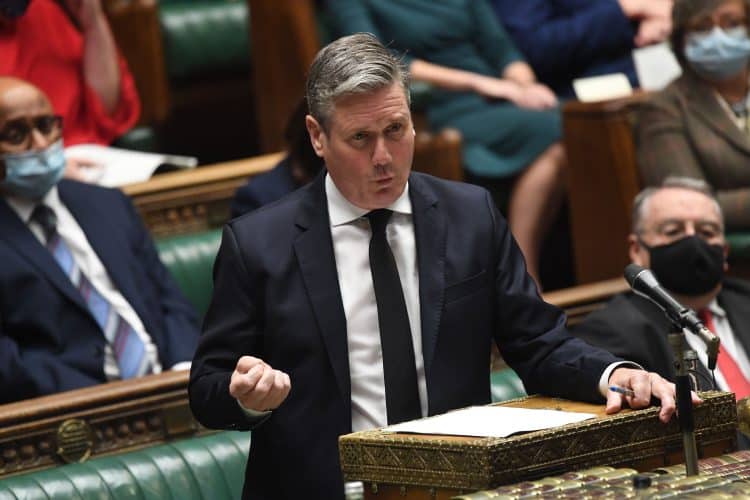 Keir Starmer asked Boris Johnson “is everything OK?” in a heated exchange at Prime Minister’s Questions.

The Labour leader branded the prime minister a “Covent Garden pickpocket” over his social care plans, accusing him of breaking a promise that nobody would have to sell their home to pay for care.

After Johnson denied he had rowed back on his manifesto commitments, Sir Keir said: “People will still be forced to sell their homes to pay for care.

And Starmer said last-minute changes to the planned care cap – which will save the government £900 million off the backs of poorer residents – a “working class dementia tax”.

Hitting out at Tory infighting, amid a brutal briefing war over Johnson’s leadership, Sir Keir said:

Echoing the words of a viral TV interview on Monday he added: “Is everything okay, prime minister?”

He continued: “Who knows if he’ll make it to the next election – but if he does, how does he expect anyone to take him and his promises seriously?”