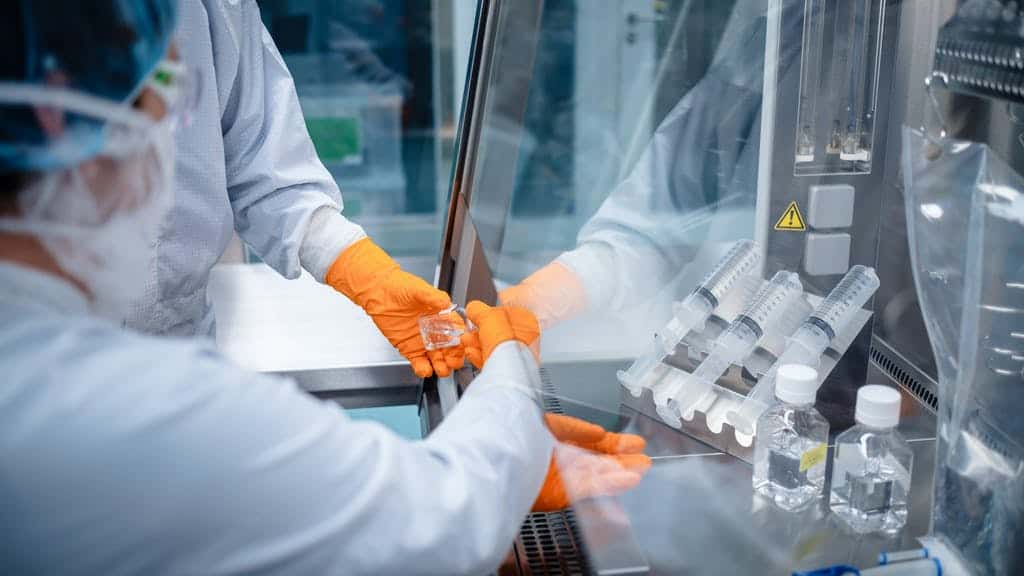 A Covid ‘super variant’ with an “extremely high” number of mutations has been identified in three different countries, according to the i newspaper.

The B.1.1.529 strain, an offshoot of an old variant called B.1.1, has 32 spike mutations and has been found in South Africa, Botswana and one case in Hong Kong, where the person had recently travelled to South Africa.

So far only 10 cases of the variant have been spotted through genomic sequencing, but scientists say there could be more not yet identified.

The profile of mutations has been described as “horrific” because of its potential to dodge antibodies that can fight the virus.

South Africa has seen its number of confirmed cases of covid increase nearly 60 times over in the past few days, from 312 on Monday to 18,586 on Tuesday.

The new variant was identified on Tuesday by Tom Peacock, a virologist at Imperial College London, who posted the details on a sequence-sharing forum and on Twitter.

The variant’s 32 spike mutations is described as “extremely high”. The Delta variant, now dominant across the world, has 16.

Dr Peacock wrote: “Export to Asia implies this might be more widespread than sequences alone would imply. Also the extremely long branch length and incredibly high amount of spike mutations suggest this could be of real concern (predicted escape from most known monoclonal antibodies).”

He added: “Worth emphasising this is at super low numbers right now in a region of Africa that is fairly well sampled, however it very very much should be monitored due to that horrific spike profile (would take a guess that this would be worse antigenically than nearly anything else about).”

Meanwhile, the World Health Organisation said that coronavirus cases jumped by 11 per cent in Europe in the last week, the only region in the world where Covid-19 has continued to increase since mid-October.

In its weekly assessment of the pandemic released on Tuesday, the UN health agency said cases and deaths globally have risen by about 6 per cent, with about 3.6 million new infections and 51,00 new deaths reported in the previous week.

WHO’s Europe director Dr Hans Kluge warned that without urgent measures taken soon, the continent could see another 700,000 deaths by the spring.

“The European region remains in the firm grip of the Covid-19 pandemic,” Kluge said, calling for countries to increase vaccination and to take other control measures like masking and social distancing to avoid “the last resort of lockdowns”.

He noted that while more than one billion vaccine doses have been administered across WHO’s European region, which stretches to central Asia, the range in vaccination coverage varies from 10 per cent to 80 per cent.

In the last week, Austria, the Netherlands and Belgium have all adopted stricter measures including partial lockdowns to try to stem the latest surge of the coronavirus.

Germany is also set to record more than 100,000 Covid-19 deaths this week, with some politicians now calling for a vaccine mandate, like the one ordered in Austria.

Globally, WHO reported that Covid-19 in Southeast Asia and the Middle East dropped by 11 per cent and 9 per cent respectively.

The biggest decrease in coronavirus deaths in the last week was seen in Africa, where fatalities fell by 30 per cent, continuing a decreasing trend in Covid-19 that first began in late June.