The former prime minister has flown back to the UK, with many in his party tipping him to return to power after Liz Truss dramatically quit. 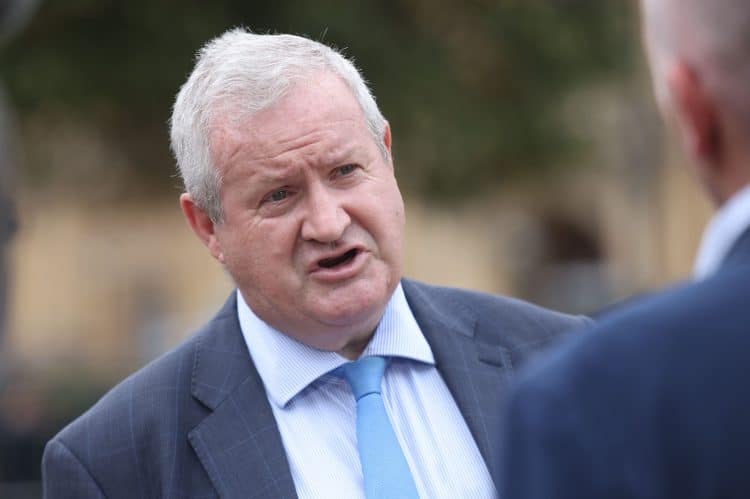 The SNP is preparing to fight a general election, the party’s Westminster leader said, as he insisted Scots will be “appalled” at the prospect of Boris Johnson making a dramatic comeback as prime minister.

Ian Blackford said that “given everything that happened” when Mr Johnson was in charge at Downing Street, it would be “beyond the pale” for him to return.

“It is almost beyond belief that the Conservatives would even consider this,” the SNP MP said.

The coronavirus “partygate” scandal saw Mr Johnson become the first prime minister to receive a criminal penalty while in office.

Meanwhile questions about the behaviour of Chris Pincher, who resigned as deputy chief whip amid sexual misconduct allegations, and how much Mr Johnson knew about this resulted in an avalanche of ministerial resignations, finally sparking the prime minister’s exit from Downing Street.

However, Liz Truss’s dramatic downfall has left some within the Conservative Party calling for Mr Johnson to return as leader.

Scottish Conservative Party chairman Craig Hoy refused to comment on the prospect that Mr Johnson could run in the latest leadership contest.

Mr Hoy told BBC Radio Scotland’s Good Morning Scotland programme: “In relation to myself as party chairman it would be inappropriate for me to engage in speculation about candidates.”

But Mr Blackford told the same programme: “I think people in Scotland would just be appalled at the prospect of Boris Johnson coming back to power again.

“You really have to question what the Conservatives are thinking if they think it is reasonable and rational to bring this man back into some kind of leadership contest. We don’t want Boris Johnson anywhere near power.”

The SNP MP continued: “Boris Johnson being back in Number 10, given everything that happened, is beyond the pale, it is almost beyond belief that the Conservatives would even consider this.”

Asked if his party was now preparing for a general election, Mr Blackford said: “Yes of course we are.

“We believe there should be a general election, this is a Conservative Government that has run out of time.”

An election is in the “national interest”, he insisted, saying this would “mean people have their right to have their say on this issue”.

Mr Blackford argued: “It shouldn’t just be down to Tory MPs and Tory members to pick the next prime minister.

“Time really needs to be up for this Conservative Government.”

Mr Hoy however insisted that an election would be a “huge distraction” at a time when stability is needed.

He said: “What we need now is we need stability for the good of the country, so that the UK Government can help people through the difficult times ahead and start to rebuild our public services.

“A general election would only add to the economic and political uncertainty, it would mean for eight or nine weeks all political parties took their eye off the ball.

“We have clear challenges we need to solve now and I think they can be solved with a period of stability, rather than another general election which would be deeply divisive and would be a huge distraction from the job of governing.”

With a new prime minister due to be installed by Friday, Mr Hoy said he hopes “the party unites behind that candidate and we can move forward”.

Labour’s Daniel Johnson however said that a general election “may be necessitated by events” as he too decried the possible return of Mr Johnson.

He told BBC Radio Scotland: “With Boris Johnson I think we’re headed for a full-blown crisis.

“It’s not just the Labour Party saying that is unacceptable, plenty of their MPs are saying it would be unacceptable and they would quit.”

Speaking about the situation the UK is now in, the Labour MSP added: “The country’s paralysed.

“I think we may very well end up in the situation where a general election is inevitable, in fact it is required to cut through the complete chaos that is at the heart of the UK Government because of the Conservative Party.

“I think we are going to have a general election, it’s a question of when, and I think it may be necessitated by events.”