In an interview with Tatler, Vine added that Gove's "only mistress" throughout their marriage "was politics". 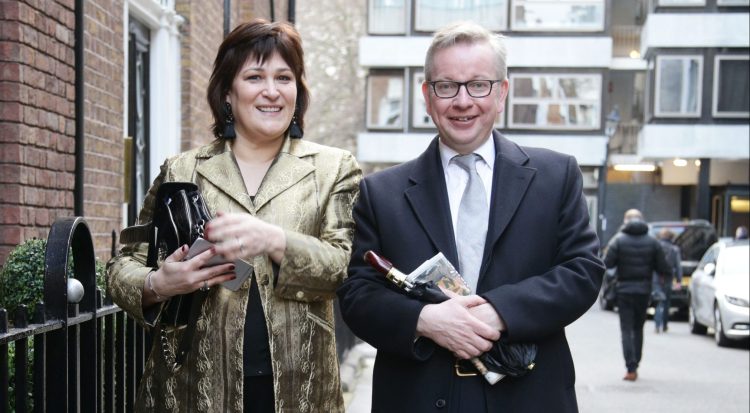 Michael Gove’s leading role in the campaign to leave the European Union was a key factor in the breakdown of his marriage, his ex-wife Sarah Vine has said.

The 54-year-old newspaper columnist – who was granted a divorce on Thursday – also said she wanted to “stop” Gove from becoming prime minister in an eye-popping interview with Tatler.

Speaking about the Brexit campaign, Vine said: “My whole life fell away. I didn’t speak to many close friends. And that was another huge strain on the marriage. Marriage can take strain, but it cannot take that much.”

Vine revealed how she sought to thwart the top Tory minister from winning the keys to Downing Street.

“My ulterior motive throughout my entire life was to stop my husband being prime minister because I can’t think of anything worse,” she told Tatler.

The Daily Mail journalist added that Gove’s “only mistress” throughout their marriage was his political career. “The mistress wins in the end. It’s all about making sure she is happy.”

She added: “In my case, despite all the rumours, his only mistress was politics. That’s what he is in love with. He is genuinely in love with politics.”

Vine’s remarks came as a family court judge drew the pair’s marriage to a close on Thursday.

‘She’s got an agenda’

At a hearing in the Central Family Court in London on Thursday, Judge Lynn Roberts granted Vine a divorce decree on the grounds that the marriage had irretrievably broken down.

She also approved the release of some documentation. Documents list the couple as Sarah Rosemary Vine and Michael Andrew Gove.

They show Vine had petitioned for divorce and named Gove as the “respondent”. Neither Vine nor Gove were at the hearing.

Elsewhere in the Tatler interview, which will be published in the magazine’s February issue, Vine revealed her empathy for Boris Johnson’s wife Carrie.

“I do [empathise], because no matter what she does she’ll be criticised,” she said, adding: “Oh yes, she knows what she’s doing, she’s got an agenda. She’s very much of that generation.”