There are several notable exemptions. 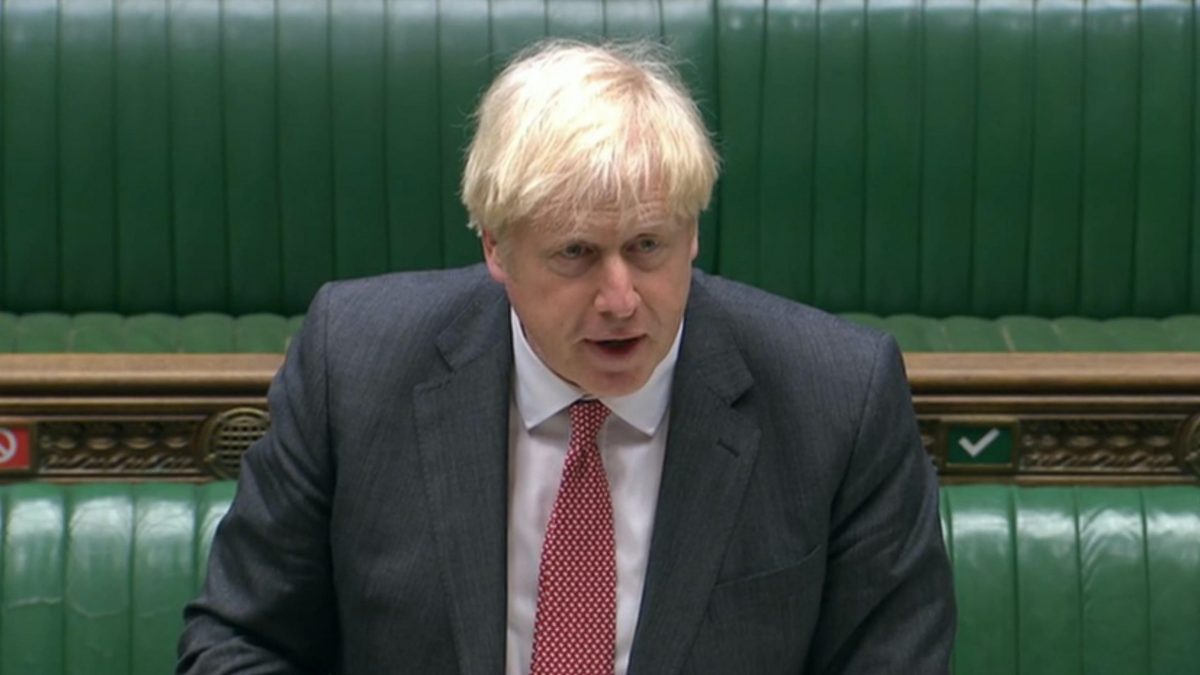 Boris Johnson’s controversial Brexit bill has cleared its final Commons hurdle – even though a number of senior Tories failed to vote for it.

Former prime minister Theresa May and two ex-attorney generals, Geoffrey Cox and Jeremy Wright, were among 21 Conservatives who did not vote for the UK Internal Market Bill at third reading on Tuesday evening.

While some, including ministers, will have been given permission to be away from Westminster or have been paired with opposition MPs, others may have chosen to deliberately abstain.

Mrs May and the two former law officers were among the strongest critics of the legislation which ministers have admitted breaches the UK’s treaty obligations under international law.

BREAKING: MPs have voted in favour of Boris Johnson's controversial Brexit legislation, the UK Internal Market Bill, which ministers have admitted could lead to the UK breaching international law.

The Bill, which passed its third reading by 340 votes to 256, a Government majority of 84, will now go to the House of Lords.

It gives the Government the power to override provisions in the Brexit Withdrawal Agreement – the “divorce” settlement with Brussels signed by Boris Johnson – relating to Northern Ireland.

Ministers argue the measures are necessary to provide a “legal safety net” to protect the Northern Ireland peace process if Britain fails to get an agreement on a post-Brexit free trade deal with the EU.

However the Government has faced fierce criticism from across the political spectrum for going back on commitments made in an international treaty.

No deal on the table

Ministers were able to defuse a wider Tory rebellion after they agreed to amend the legislation to require a Commons vote before the provisions relating to Northern Ireland could be activated.

However there may be further attempts to amend the legislation in the Lords where a number of senior Tories – including former party leader Lord Howard of Lympne – have spoken out against it.

Wednesday, meanwhile, is the deadline set by the EU for the UK to withdraw the Northern Ireland provisions from the legislation.

At talks in Brussels on Monday, the Cabinet Office minister Michael Gove made clear the Government was not prepared to back down despite a renewed threat by the EU of legal action.

Despite their differences the two sides are continuing their negotiations on a free trade deal in talks in the Belgian capital headed by Michel Barnier for the EU and Britain’s Lord Frost.

Both sides have acknowledged that time is running out, and that agreement needs to be in place by mid-October.

Mr Johnson has said that he is prepared to walk away from the negotiating table if it cannot be settled by the EU summit on October 15 as it will be too late to implement before the end of the current Brexit transition period at the end of the year.

Full list of MPs who voted for the Brexit bill