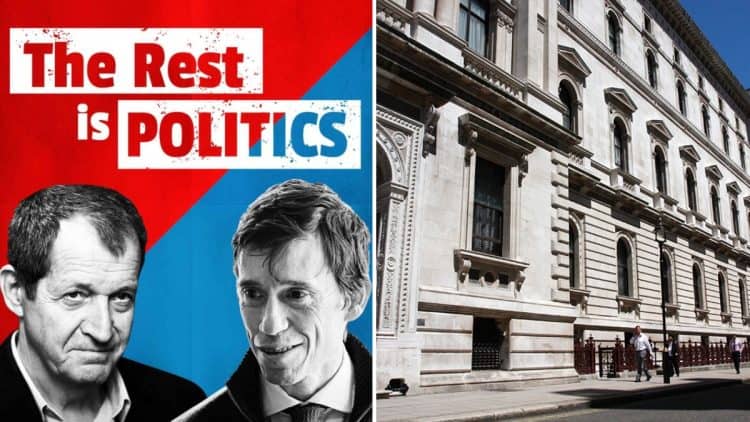 A podcast hosted by former Tory MP Rory Stewart and ex-Labour spin doctor Alastair Campbell has been banned from a government department, it was revealed this week.

Writing into the show, a British diplomat revealed that officials working in the Foreign, Commonwealth and Development Office have been stopped from downloading the audio recordings on their phones, citing “explicit content” as a reason why.

Stewart read out the message on the podcast, which went:

“Like half of the country I am a fan of the tonic that is the Rest is Politics podcast.

“God forbid we offended the diplomats.”

Campbell suggested the block could be the result of them occasionally using profanities, although the duo’s not-so-complementary view of the government could also have something to do with it.

As they pointed out in a recent episode, four Prime Ministers in six years is usually behaviour associated with failed states, not high-performing ones.

Perhaps the FCDO is simply trying to keep workers on side?