Tice said he was standing to protest against Boris Johnson's "Consocialism". 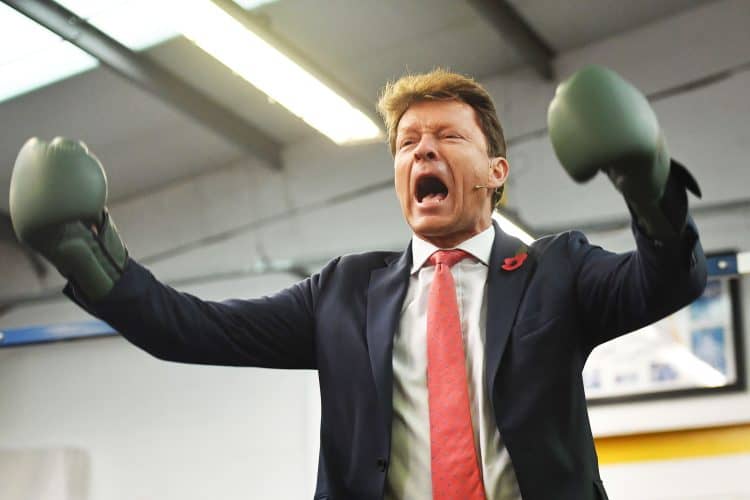 Former Brexit Party chairman Richard Tice will stand in the Old Bexley and Sidcup by-election to protest against Boris Johnson’s form of “Consocialism”.

The leader of the Reform Party – formerly known as the Brexit Party – will be one of the contenders vying to win the vacant seat after the incumbent, former Cabinet minister James Brokenshire, died of lung cancer earlier this month.

Tice, a former MEP, said he would be standing to send a “powerful message to Boris Johnson” about the impact of his Government’s policies after the Conservative administration raised the tax burden to the highest level since the 1950s.

“Though it is awful that this election is happening at all, I am standing to ensure that a choice is given to the people of Bexley and Sidcup,” said Mr Tice.

“Reform appeal to voters in this traditionally Conservative seat is to use this moment to send a powerful message to Boris Johnson and his Cabinet.

“We now have the highest overall taxes for 70 years and the lowest medium term growth forecasts for 60 years. It means authoritarian controls and record long waiting lists.

“It means much higher energy costs even as we approach the foothills of the net zero cost mountain.”

Electing a Reform MP would be a “massive wake up call”, Tice argued, as he vowed to campaign for lower taxes, “zero” waiting lists and a referendum on the target of building a net zero carbon economy by 2050.

Labour has already announced it will contest the seat with Daniel Francis, a Bexley councillor and former leader of Bexley’s Labour group on the council, standing for the party.

Francis, in a message on Twitter, said he had lived in the area for 20 years and vowed to work “tirelessly” for the community if elected.

The Old Bexley and Sidcup constituency has been held by the Tories since its creation in 1983, having previously been the seat of former prime minister Ted Heath.

Former local government secretary Brokenshire won the south-east London seat with a majority of almost 19,000 at the 2019 general election.