It comes as health leaders warn the coronavirus testing system is not "fit for purpose." 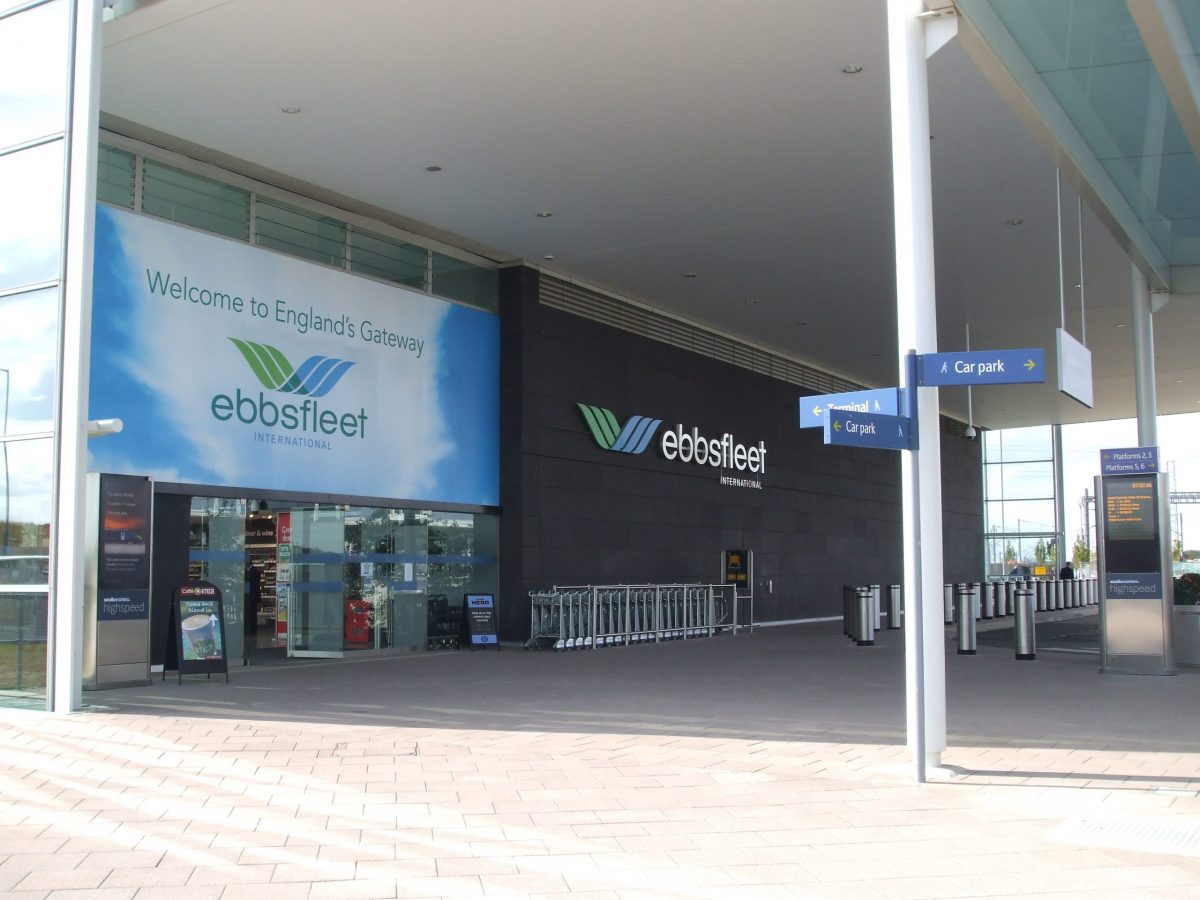 A Covid testing site in Kent which had the capacity to carry out around 2,000 tests a day has been shut in preparation for Brexit.

According to reports in Kent Live Ebbsfleet International Station will be used by Boris Johnson’s government to deal with customs checks in the event that the UK leaves the European Union without a deal in December.

A Kent County Council (KCC) letter has been leaked to the Local Democracy Reporting Service which shows that the Ebbsfleet Covid testing centre closed two weeks ago because it would be needed for Brexit purposes.

The document reads: “We have also been notified that the Ebbsfleet testing centre has closed, as the site is required by HMRC for EU Exit.”

80 lorries at a time

Precise use has not been confirmed but it is believed that one of Ebbsfleet station’s car parks would hold up to 80 lorries at a time and a booking system implemented for slots.

The station had been used as a Covid testing site up until September, but earlier this month testing staff were told “out of the blue” that the site would be closing.

Cllr Gosine says the pandemic should dominate the focus of the Government rather than removing an existing Covid site as Whitehall bosses continue to come under fire for problems with its track and trace system.

He said: “What are we doing Brexit for if everyone is dead?”

I think if you asked most Leave voters what they were voting for in the referendum, the majority would say more lorry parks and diminished testing capacity during a pandemic. #getbrexitdonehttps://t.co/Uu1ZL50SD8

Not “fit for purpose”

Health leaders today urged the Government to be more “honest” over problems with coronavirus testing as a senior doctor said a “fit for purpose” system is needed now.

It comes amid signs of strain on testing capabilities causing large queues, people reporting they have been unable to get tests and others being offered tests hundreds of miles from their homes.

The problems are also contributing to staff absences with some health workers having to self-isolate because they or members of their household are unable to get tests, an organisation representing trust leaders said.

NHS Providers added that trusts are “working in the dark” because they are not being told why the shortages are occurring or how long they are likely to last.

Alexa: show me the intersection of Britain's failure with both Brexit and COVIDhttps://t.co/McuPaC1sbN

Chief executive Chris Hopson urged the Government “to be honest and open” about what was going on, and said NHS staff and patients may now need to be given priority for testing.

He told BBC Radio 4’s Today programme: “If you have got a demand-capacity mismatch, what you need to do is, kind of, prioritise really clearly, in terms of work out who should have greatest access to tests.

He said there has often been a reliance on a “random, impressive sounding, overall statistic”, giving the examples of a “world class test and trace service by June, or a moonshot testing regime at some point next year”.

But he said those approaches “ignore the operational problem at hand”.

Deputy chief executive Saffron Cordery told the BBC a lack of testing was affecting services across the UK.

She said: “It means that trusts up and down the country are unable to start the restoration of services that we so desperately need to see after Covid.

“And also, critically, they are now preparing for winter and if they have staff unable to come and work on the front line because they haven’t had tests that’s going to make it incredibly difficult for them.”