The threat of another terrorist attack in London is very real. In March and June last year, Islamic extremists snuck under the counter-terrorism radar to commit two deadly terror attacks. They ended London’s status as having escaped the recent Islamic terrorist focus on attacks in Europe. Today the UK’s capital remains a prominent target for […]

by Sam Allcock
in Opinion, Politics 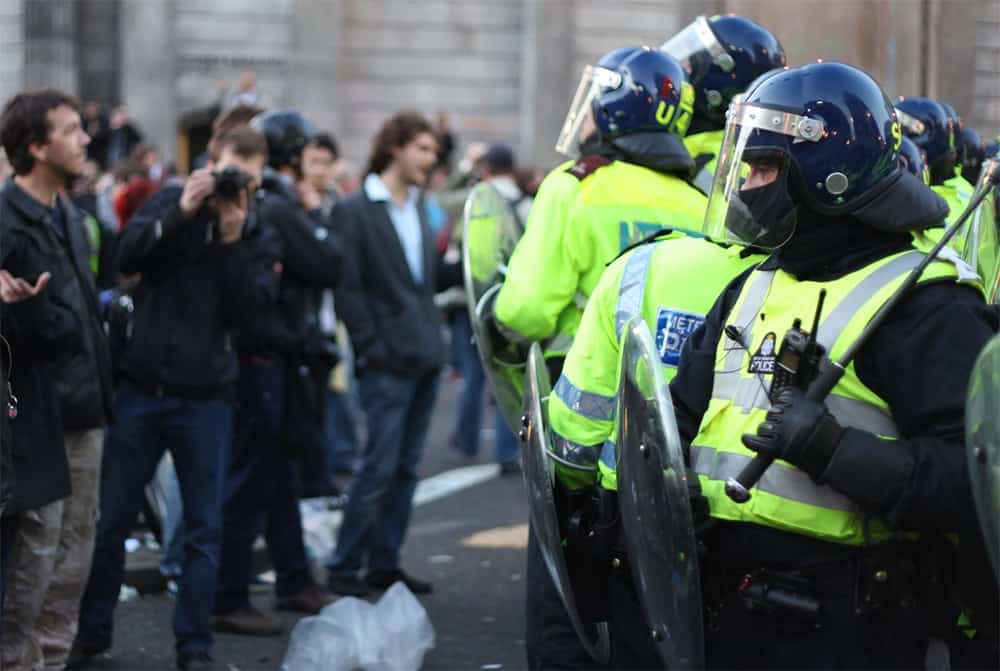 The threat of another terrorist attack in London is very real. In March and June last year, Islamic extremists snuck under the counter-terrorism radar to commit two deadly terror attacks. They ended London’s status as having escaped the recent Islamic terrorist focus on attacks in Europe. Today the UK’s capital remains a prominent target for terror. The terror threat level as assessed by MI5 is severe.

So the question on everyone’s minds – is London prepared for further potential terrorist attacks?

Westminster Bridge, 22nd March 2017: a lone terrorist drives a hired car onto the pavement over Westminster Bridge before crashing into railings at the Palace of Westminster. Four people were mowed down and killed, and dozens of others were injured. The attacker then went on to stab Pc Keith, taking the death toll to five. The attacker was shot dead by armed police.

London Bridge and Borough Market, 3rd June 2017: eight people were killed when three men drove a van into pedestrians on London bridge and then stabbed people in nearby Borough Market. Two people lost their lives in the van attack, and six were stabbed to death. The terrorists were shot dead by police.

Finsbury Park, 19th June 2017: a man drove a van into a group of pedestrians outside London’s Finsbury Park Mosque, killing one man and injuring eleven other people. The terrorist, Darren Osborne, will spend at least 43 years behind bars after being jailed for murder.

Parsons Green Tube, 15th September 2017: more than 25 people to be treated for flash burns, following the partial detonation of a bomb on a busy morning commuter train at Parsons Green Tube station.

The bomb, which included hydrogen peroxide, sulphuric acid and broken glass, knives and screws in a bucket, had been placed in a Lidl’s carrier bag and covered with a pair of trousers. While it’s initiating charge detonated, the main charge failed to explode. The culprit, an 18-year-old Iraqi orphan, has been charged with attempted murder.

Even before the rise of ISIS, London has been a prime target for Islamist terrorism. Fuselier, Lee Rigby, was murdered outside Woolwich barracks in 2013. Before that, 52 victims lost their lives in the 7/7 bombings of 2005.

In a rare public speech following the terrorist atrocities of Westminster, Manchester and London Bridge in 2017, Andrew Parker, the director general of MI5, said the UK was seeing “a dramatic upshift in the threat from Islamist terrorism.” In a worrying and unusually frank statement, the chief of MI5 added, “It’s at the highest tempo I have seen in my 34-year career. Today there is more terrorist activity, coming at us more quickly, and it can be harder to detect.”

MI5 have stopped far more terror plots than those that caused mass casualties in 2017. The head of MI5 reported to specialist security journalists that more than 20 plots had been thwarted in the last 4 years.

The Times recently reported that following the attacks in London and Manchester, the number of arrests for crimes linked to terrorism has risen from 259 to 400 between 2016 and 2017. It is the highest number of terrorist-related arrests since records began in 2001.

Planners and officials involved in counter terrorism have been working hard to make London’s infrastructure more difficult for terrorists. Counter measures include hostile vehicle mitigation, barriers, bollards and gates. Crowded places, events, public transport and iconic locations are amongst those places that are most likely to be a potential target for terrorists.

Anti-terrorist designs are being built into the fabric of London. The Arsenal Football Stadium in North London is just one example. There, huge concrete letters spelling out the club’s name have been erected as a prominent part of the aesthetic. The counter-terrorism idea behind them in preventing a vehicle entering a highly pedestrianised area is clear.

Police funding in the capital is a concern. The Mayor of London, Sadiq Khan, fears government cuts to the Metropolitan Police’s grant funding is dangerous. Khan argues he has been left with no choice, but to increase council tax to the new maximum allowed to protect frontline policing and keep Londoners safe.

Staying safe in London: what to look out for

With the threat of terrorism in London at severe, the public must remain on high alert. A lot of work goes into organising a terrorist attack, and much of the preparation is done in view of the public. Being vigilant, and knowing the signs and behaviours of terrorists is one way the public can look out for and report suspicious activity.

The Metropolitan Police are asking the public to look out for suspicious activity around lock-ups, garages and sheds, and keep an eye on the unusual purchase of chemicals, or protective equipment. The public are also being asked to be vigilant about suspicious transactions in the banking sector, out-of-the-ordinary vehicle hire, and report those who have several mobile phones for no apparent reason.

Online activity is prevalent amongst terrorist organisations, so the public are also being asked to report any online behaviour that could be of a terrorist or violent extremist nature.

So, is London prepared?

In a special report by the Financial Times on London’s preparedness for terrorist attacks, Jon Coaffee, director of the Resilient Cities Laboratory, a research group at the University of Warwick, offered reassurance, “London is probably top of the international pile in terms of preparedness. If you want to see where the latest innovations in counter-terrorism security are, London is the place to go.”

One of the biggest challenges in recent years in terms of tackling extremist terrorist plots comes from rooting out terrorist content online. Much work is being done to develop technology that will help tackle this problem. The Home Office recently revealed a new artificial intelligence (AI) programme to tackle ISIS online propaganda.

CONTEST is the name of the government’s counter-terrorism strategy. It includes the controversial ‘Prevent’ safeguarding programme, which aims to stop people becoming terrorists or supporting terrorism. Prevent has been criticised by leaders in the Muslim community as alienating the very people it is meant to reach. However, government officials defend the programme saying it had helped stop 150 people from leaving Britain to fight in Syria last year.

London is prepared for organised terrorism, but lone wolf terrorists are a new breed that are incredibly difficult for intelligence forces to detect. Londoners though are resilient. Terror attacks are designed to create panic and a sense of fear. British values of equality and freedom will win the battle.