Protester flashes in parliament ahead of Gender Recognition Bill vote

"If you will not be decent, then I will be indecent", she said before flashing artificial pubic hair to the Holyrood chamber. 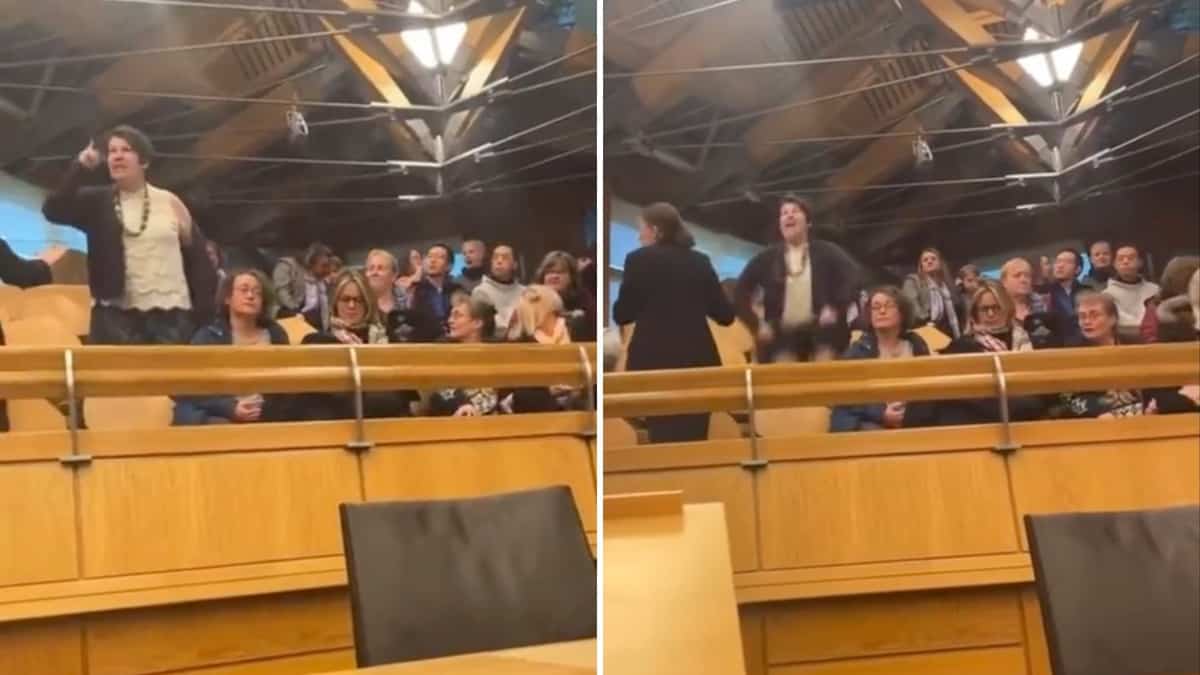 The Gender Recognition Reform (Scotland) Bill passed by 86 votes to 39 on Thursday and will remove the need for a medical diagnosis of gender dysphoria to obtain a gender recognition certificate (GRC).

It also lowers the minimum age for applicants to 16 and drops the time required for an applicant to live in their acquired gender from two years to three months – six for those aged 16 and 17 – though with a three-month reflection period.

MSPs embarked on intense debate on the Bill this week, spending more than 24 hours on the consideration of amendments and final vote.

The passage was marred by protests, as opponents of the legislation interrupted proceedings as Social Justice Secretary Shona Robison brought the debate to a close, and another shouted “shame on you” from the public gallery after the final vote.

One protester flashed her kilt ahead of the vote, shouting: “If you will not be decent, then I will be indecent”.

Related: Labour on track for a landslide majority at next election – new poll predicts