Judging by the replies many staff were appalled by the idea, with one asking why Martin Reynolds was "encouraging a mass gathering in the garden" and another saying "is this for real?" 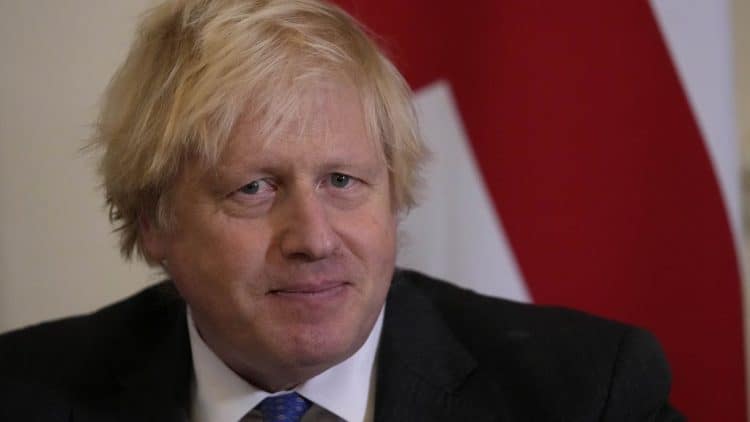 Labour has accused Boris Johnson of ignoring the “rules he puts in place for the rest of us” after a leaked email appeared to show his private secretary arranging a lockdown-busting drinks gathering in the garden at No 10.

Mr Reynolds said they should “make the most of the lovely weather”, despite England being under tough Covid-19 restrictions in May 2020.

Johnson “should be ashamed”

Deputy Labour leader Angela Rayner said Mr Johnson “should be ashamed” following further claims of rule-breaking at No 10, which she described as “despicable”.

The Prime Minister imposed England’s first lockdown to combat Covid-19 in March 2020 and it was not until June 1 that groups of up to six people were allowed to meet outdoors.

The email from Mr Reynolds relates to an event said to have taken place on May 20 2020.

Allegations of that gathering, said to have been attended by 40 people, emerged last week when Dominic Cummings, a former senior aide to Mr Johnson, said he had warned at the time the “socially distanced drinks” were likely to be against the rules and “should not happen”.

The Sunday Times and ITV have alleged the Prime Minister attended the event with his wife, Carrie Johnson.

Human rights lawyer Adam Wagner, who interprets coronavirus regulations on Twitter for the public, said the alleged event looked “unlikely to be legal for attendees”.

“Being outside the home was illegal at the time unless (the only potentially relevant exception) it was for the need to work,” Mr Wagner posted on social media.

The Cabinet Office official has already confirmed she is investigating the May 20 event as part of her inquiry, along with a separate May 15 2020 garden gathering, which was revealed by a leaked photo showing the Prime Minister and staff sat around a table with cheese and wine.

Ms Rayner told ITV News: “It is terrible and I think many people that see the evidence now will not only think that Boris Johnson’s lies are catching up with him, but will see it as absolutely despicable that when they were actually told to follow the rules, Boris Johnson and No 10 were breaking the rules.

“It is disgraceful and he should be ashamed.”

“Nobody is above the law. Many people at the time couldn’t go to funerals, weren’t able to meet with families and friends, and they’ll be disgusted by this because not only does it seem Boris Johnson is breaking his rules, but he has been lying to people as well, and this is completely unacceptable and not what you’d expect from the British Prime Minister.”

Ms Rayner, in a separate statement, said Mr Johnson had “consistently shown that he has no regard for the rules he puts in place for the rest of us”.

“Labour has welcomed Sue Gray’s inquiry, but we need confirmation that this latest revelation, and any other parties not yet revealed by press investigations, will be covered by her probe,” she added.

Liberal Democrat leader Sir Ed Davey said: “This is yet more evidence that while the vast majority of people were sticking to the rules, those in No 10 were breaking them.

“To add insult to injury, on the very same day that the Culture Secretary said people could only meet in pairs outdoors, it seems Boris Johnson’s staff were holding a boozy party in Downing Street.”

Sir Ed said Ms Gray’s inquiry “must interview Boris Johnson personally” to get to the bottom of claims of Downing Street parties.