On Monday alone, when President Trump told Americans "don't be afraid" of the virus, 426 people died. 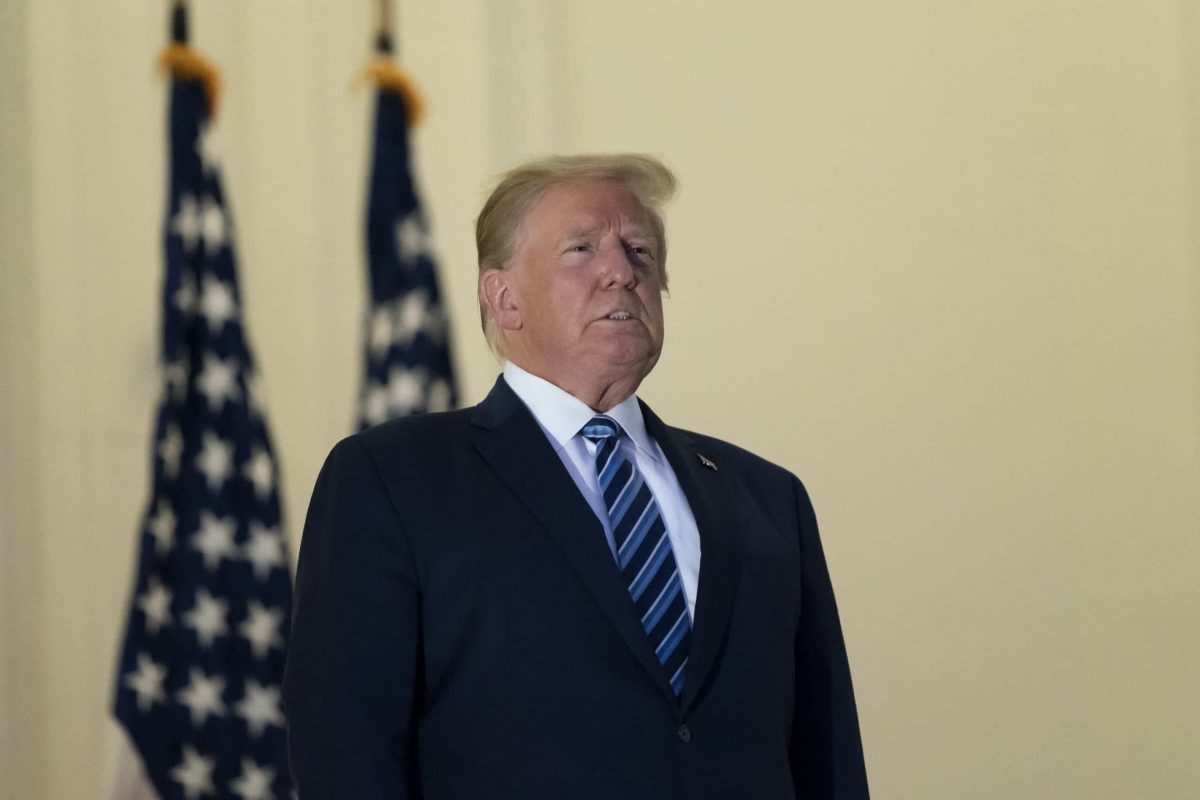 More than 2,300 people died from Covid-19 in the United States on the days President Trump was in hospital, even as he told Americans “don’t be afraid of it” and “don’t let dominate your lives”.

Coronavirus has killed more than 210,000 people in the US – but Trump has repeatedly downplayed it, even when afflicted by the disease himself.

He staged a defiant return to the White House on Monday night, ripping off his face mask and saluting for the cameras – despite still being infected.

The president was given a cocktail of expensive, experimental drugs and steroids when he was hospitalised – receiving luxury medical care not available to the vast majority of people in the country, which does not have a universal healthcare system like the NHS.

His comments were met with a swift backlash from those who have lost loved ones to Covid-19.

Kristin Urquiza, whose father died from coronavirus, said the president’s remarks were “an insult to me and every single person who has gone through what I’ve gone through”.

Angela Kloots – the wife of Broadway star Nick Cordero, who died after battling the virus for 95 days – wrote on Instagram: “Unfortunately it did dominate our lives didn’t it? It dominated Nick’s family’s lives and my family’s lives. I guess we “let it” – like it was our choice?

“Unfortunately not everyone is lucky enough to spend two days in the hospital. I cried next to my husband for 95 days watching what COVID did to the person I love. It IS something to be afraid of.”

Analysis shows that on Friday 2 October, the day Trump was airlifted to Walter Reed National Military Medical Centre aboard Marine One, 864 Americans died after contracting coronavirus.

The following day – when Trump’s oxygen levels reportedly dipped and aides were worried about his condition – a further 708 people died. Another 332 died on Sunday 4 October, and 426 perished with the virus on Monday 5 October – when Trump returned to the White House.

In total 2,330 Americans were killed by coronavirus on the days that Trump spent recuperating in hospital, according to a New York Times database.

Since leaving care, any suggestion that the president’s brush with the illness would draw out a more empathetic response to Covid-19 have swiftly been dashed. Isolated in the West Wing, he has belittled the virus and compared it to flue on social media – leading to Twitter and Facebook flagging his post as dangerous misinformation.

He has taunted rivals, like Democratic challenger Joe Biden, and torpedoed talks over a congressional coronavirus relief bill to bail out needy Americans, causing the stock market to nose dive.

All the while, the number of White House aides with the virus continues to soar. The latest to test positive is Stephen Miller, a top adviser, bringing the number of people carrying the virus in the president’s close circle to 14.

There is some suggestion that the president’s flurry of activity – though not unusual for him – is down to the variety of drugs he is using to treat the virus, including dexamethasone – a steroid that can give a false level of energy and misguided sense of euphoria.

According to the NYT, the White House now resembles a “hazard zone”, with staffers in head-to-toe PPE. Although Trump is reportedly confined to specific quarters, he is apparently itching to return to the Oval Office and address the nation – with the election less than a month away.