The UK is trying to flog its unusable PPE to other NATO members. Nobody wants to buy it. 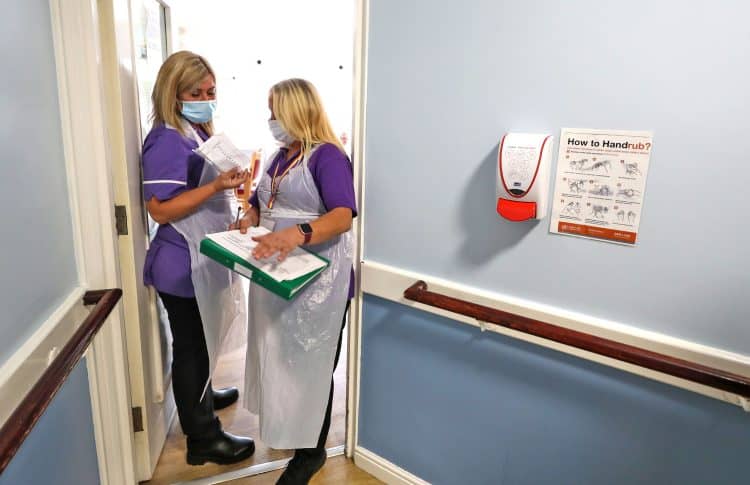 More than two million pieces of dodgy PPE deemed unusable by the NHS have been put on sale by the government through NATO.

A bulk order of medical gowns, which cost taxpayers £98.7 million, in an order from China are being flogged to other countries in the Western military alliance – despite being found unfit for protecting frontline workers from Covid-19.

The disclosure, revealed by Metro, has sparked calls for ministers to come clean over just how much public money was splurged on botched pandemic deals.

No gowns had been purchased through NATO’s online portal as of 15 July, according to disclosures by the Department of Health and Social Care (DHSC) uncovered by a request made under the Freedom of Information Act.

The garments were found to be unfit for purpose because they were single rather than double-wrapped, as required by the NHS.

Jolyon Maugham QC told Metro: “This is far from the only occasion in which the government bought unusable surgical gowns.

“It spent £70 million – as you do – buying a further tranche from a jeweller in Florida. Those gowns too are unusable by the NHS. Will this government ever come clean about the scale of waste of public money?”

DHSC’s response to the FOI said: “Sterile gowns for use in UK Healthcare settings are required to be double wrapped in order to ensure that they meet the standards for standard sterile procedures and processes.

“The gowns provided by China National Instruments were all single wrapped rather than double and were therefore unable to be used.

“However, not all countries require double wrapping of gowns, and so the gowns that do not meet these UK requirements may still meet the relevant requirements in other countries and be fit for purpose elsewhere.”

A National Audit Office (NAO) report revealed last year that the government established a fast-track VIP lane to purchase billions of pounds of PPE from little-known companies with political contacts in the Conservative party.

Suppliers with links to Tory politicians were ten times more likely to be awarded contracts than those who applied to the Department of Health and Social Care.

A DHSC spokesperson told Metro: “The Government has worked tirelessly to get life-saving PPE to protect health and care staff, and we have delivered over 11.7 billion items to the frontline at record speed.

“As the National Audit Office recognised, all NHS providers they spoke to were able to get the equipment they needed in time.

“We are looking at repurposing the small proportion of PPE items that have been classified as not for use in the NHS.”