“The countries who’ve dealt with this really well, they’ve had definite and sure leaders, people who have been in control, composed, clear plans, clear communication strategy, aggressive testing, disciplined tracing." 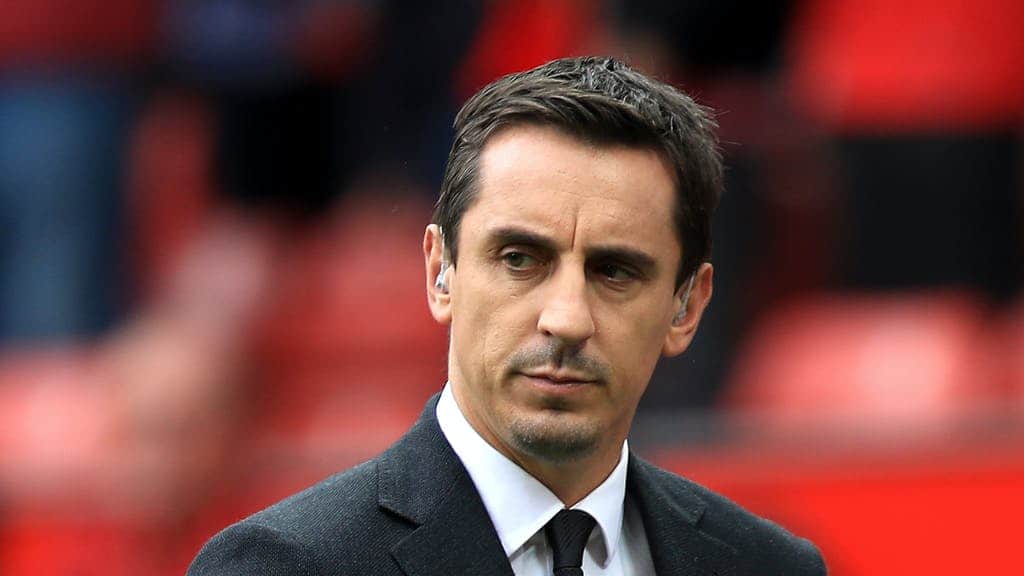 Ex-footballer Gary Neville has said political leaders are “out of their depth” in their handling of the coronavirus pandemic in the UK.

The former England and Manchester United defender has helped form UnitedCity with its stated aim to get Manchester “back on its feet” in supporting retail, leisure, culture and sports businesses.

Neville said the people of Manchester are “frustrated with the lack of leadership” in protecting the communities that are hardest hit.

The 45-year-old has spoken out against “division” as the country deals with the Covid-19 crisis, and said: “At this moment in time we aren’t working as one as a nation, we need to work better.”

“They’re out of their depth”

Asked about what this says about the country’s political leaders, Neville told Sky News’s Sophy Ridge On Sunday programme: “They’re out of their depth.

“The countries who’ve dealt with this really well, they’ve had definite and sure leaders, people who have been in control, composed, clear plans, clear communication strategy, aggressive testing, disciplined tracing, they’ve had maybe border controls in place early, they’ve made decisions that have been unpopular at times, but they’ve really handled the virus well.

He criticised the Labour Party for ordering its MPs to abstain on last week’s vote about a strengthened tiered system of coronavirus restrictions, after party leader Sir Keir Starmer warned the plans pose a “significant” health risk.

“I was critical of the Labour Party earlier in the week because they’re there to protect the disadvantaged and the vulnerable, and the restrictions being in place to protect health is fine, but they know that the economic support isn’t in place aligned with those restrictions, which means you’ve got to take a position and be bold and go against it, you cannot abstain.”

He added: “So when you’re elected and you’re in that seat in Westminster, you take a position, you don’t abstain, you take part in the match, you’re the opposition.”

The footballer turned property developer jointly owns the luxury Stock Exchange Hotel in central Manchester with former teammate Ryan Giggs and the pair have plans to build a 40-storey tower elsewhere in the city which will accommodate another luxury hotel, as well as apartments and offices.

Asked how the past few months have been, Neville said: “It’s shocking.

“It’s shocking, and I have to say the whole hospitality sector has been devastated.”

He said there needs to be more economic support packages put in place for all hospitality while the city is under the current restrictions, and as it comes out of the restrictions too.

He said he is worried about the next 12 months, adding: “There’s going to need to be a fair wind with us.

“We certainly cannot continue to keep moving in and out of tiers the way in which we are or else it’s just a complete devastation on people’s livelihoods.”

Neville said he does not have a problem with the restrictions as “health must be the priority”, but said “the lack of support and the lack of planning is the big problem”.