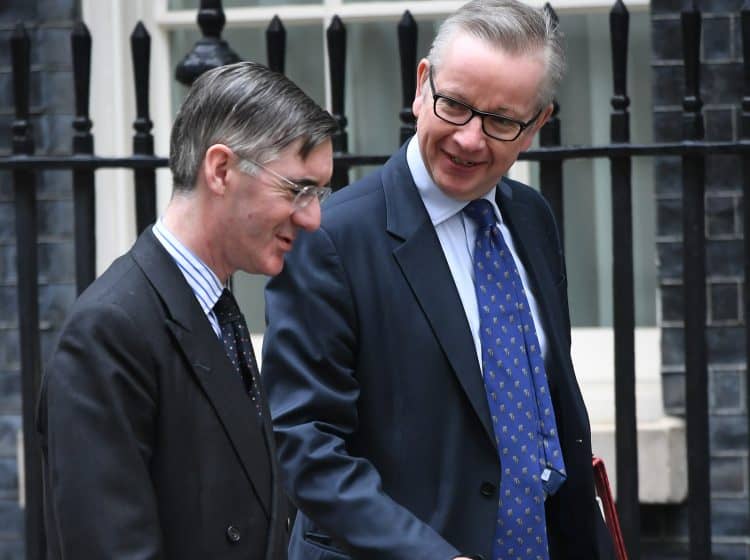 Jacob Rees-Mogg has called a former cabinet colleague “a bit wet” for only doing nine fringe events at the Conservative Party conference.

Michael Gove, meanwhile, described being branded a Tory version of Labour Lord Peter Mandelson by the Business Secretary as “one of the nicest things” said about him in politics.

The two Tories traded polite blows at separate events during the conference, with former minister Mr Gove appearing at several fringe outings indicating he did not support Liz Truss’s Government in key areas.

This included his objections to the now-abandoned cut to the 45p rate of income tax and to suggestions that benefits might not rise in line with inflation.

Asked about Mr Gove at a Telegraph event at the Conservative conference, Mr Rees-Mogg joked: “Who?

“He’s only doing nine fringes, that’s a bit hopeless, I used to do 13 or something like that. Nine is a bit wet really.”

Asked if Mr Gove is a thorn in the side of the Government, he said: “No, no. He’s too polite to be a thorn. He’s a very elegant thorn if he is a thorn, no, no, no.

“Michael is one of the cleverest men in politics, a very amiable figure, who loves the art of politics. He’s the sort of Tory party’s version of Peter Mandelson.”

Speaking at a Policy Exchange event, Mr Gove responded: “That is one of the nicest things that anyone has ever said about me in politics.”

He was earlier asked about Mr Rees-Mogg’s Shakespearean description of the u-turn on the 45p rate of income tax as a “tale of sound and fury signifying nothing”.

Mr Gove said: “Jacob, of course, in quoting Shakespeare is reminding us that he is the single best-read man in Parliament.

“There is always a Shakespeare quote for any eventuality in politics as I have also learned, but there is no-one better to quote the Bard than Jacob.”

Asked about the mood at the Tory party conference, Mr Gove added: “I think there is a different atmosphere, but that is because we have a different prime minister and also because the world faces a set of crises even more acute in this autumn than it did last, and we are operating against that backdrop.”