A “long-standing engagement” to be at Hexham General Hospital meant he missed the parliamentary debate on standards. 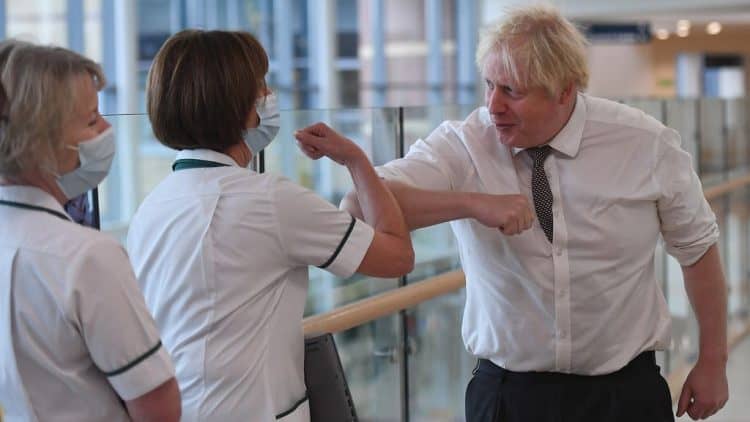 A maskless prime minister turned down a light-hearted offer of an endoscopy when he visited a hospital to praise staff for getting their Covid-19 vaccine booster jabs.

Boris Johnson said the “long-standing engagement” to be at Hexham General Hospital, Northumberland, meant he was unable to attend the parliamentary debate on standards.

Instead, he toured the hospital, praising staff for their efforts to carry on treating patients and undertaking operations despite the pandemic.

Mr Johnson watched as Myles Donnelly, a member of the estates team, received his booster jab and the Prime Minister revealed he had received his flu jab recently, saying: “I didn’t feel a thing.”

He then met staff on the orthopaedic ward, where patients were being prepared for surgery or recovering from it.

The Prime Minister chatted to nurses from the adjoining endoscopy unit, and one of them cheekily asked if he wanted to try the procedure.

Mr Johnson laughed: “I don’t think I need one just yet.

“Thank you very much, much appreciated offer.”

He then met patient Melvin Gunn, who was about to have his left hip replaced, having already had his right one done.

Mr Gunn, from North Shields, North Tyneside, was full of praise for the care he had received from the NHS.

Mr Johnson said: “I hope you are back on your feet very soon.”