On Wednesday he told MPs he had “mistakenly” not worn a mask – but that he was without a face covering for “barely 30 seconds”. 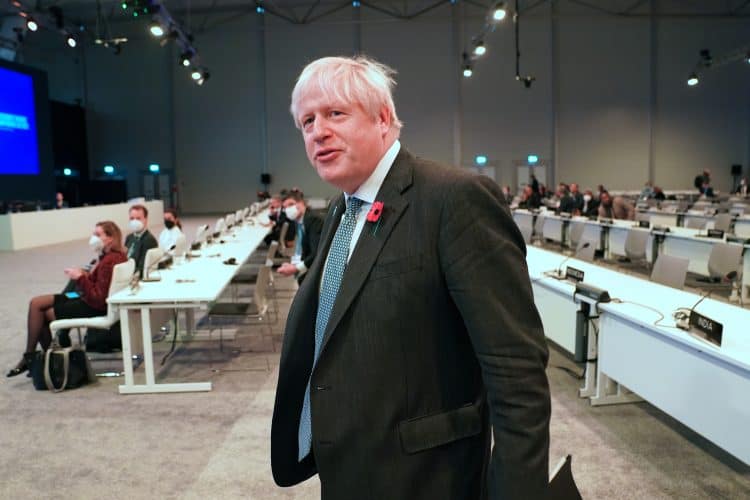 Boris Johnson was spotted without a mask on a crowded train just hours after apologising for failing to wear one in a hospital.

According to reports in The Mirror, the prime minister flouted his own Government advice on face coverings after taking the train fromOxford Road Station in Manchester to Warrington Bank Quay.

And to rub salt in the wounds it came during a trip to the North as news emerged the Tories were ditching the Leeds leg of the HS2 rail link.

A source said: “I got on to the carriage and half was taped off. A large group boarded the blocked-off side, under guarded supervision.

“There were people surrounding the PM and a few of his people were noticeably not wearing a mask – unlike the rest of the passengers.”

Government guidance says “people are expected and recommended to wear a mask when in contact with people they don’t normally meet in enclosed and crowded spaces”.

Mr Johnson said just a few weeks ago: “There are lots of steps we need to take. Commonsensical things – washing your hands, wearing a mask in confined spaces where you are meeting people that you don’t normally meet. That’s sensible.”

A review of six studies across the globe shows masks cut infection rates by 53 per cent.

He said: “We’ve got such strong evidence and I have become convinced that masks make a substantial difference on infections. It’s mainly to protect other people.

“We know people in public office like Boris Johnson don’t wear masks. They think, ‘Why should I wear a mask?’ It has that negative affect.

“It is beyond irresponsibility for someone like him to do that.”

The PM previously sparked fury after being told three times to put a mask on during a visit to Hexham General Hospital in Northumberland.

On Wednesday he told MPs he had “mistakenly” not worn a mask – but that he was without a face covering for “barely 30 seconds”.

He said: “I apologise for it.”

He was also unmasked at the COP26 climate summit in Glasgow.