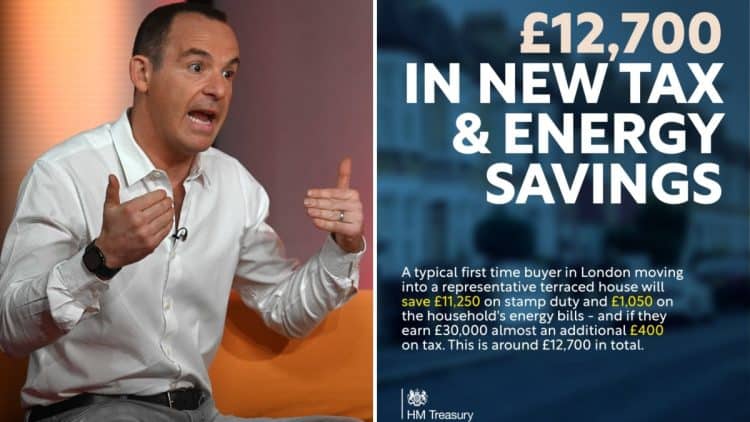 Martin Lewis has hit out at “irresponsible” government messaging over the stamp duty savings that could potentially be made by first-time buyers following the mini-budget.

Speaking on ITV’s Good Morning Britain, which he was co-hosting on Monday, the consumer champion said the messaging from the Treasury could give some people “false hope” during the cost-of-living crisis.

Mr Lewis, interviewing Chief Secretary to the Treasury Chris Philp on the programme, said: “Now, on my calculations, to save £11,250 on stamp duty you have to be buying a house as a first-time buyer of £500,000 or more.

“This seems fundamentally irresponsible for the Treasury to be putting out this kind of statement in the middle of a cost-of-living crisis.”

The MoneySavingExpert.com founder told Mr Philp: “I’m guessing you don’t know about it. But what do you think of your own department putting out these types of messages?”

Mr Philp responded: “Well, you’re right, I haven’t seen it, and I’m afraid I can’t see it on the screen because there’s no screen where I’m standing in Birmingham.

“But I imagine, I’m just sort of speculating, when they used the £30,000 to work out the tax saving, they were doing that to illustrate the income tax saving of someone on approximately medium earnings.

“You are right to point out that someone on that particular level of earnings would be unlikely to be able to get a mortgage to fund a £500,000 house, unless, of course, they were doing so with a partner, but I suspect that’s why they did it.”

Mr Lewis replied: “It doesn’t mention the partner’s income and the headline includes all the savings added in one…”

He later asked Mr Philp: “Can I ask you to look at those messages? These are big, bold messages… to have them taken offline in the middle of a cost-of-living crisis, where they give people false hope?”

He added: “Can I ask you to personally take a look at that? It seems irresponsible at the moment.”

Mr Philp said: “You’re right to point out the anomaly between the salary and the house value and I’d be happy to take a look at it.”

The choice of mortgage products on the market fell sharply following the mini-budget, as many lenders pulled deals off the shelves and re-priced their products upwards.

For some home-buyers, higher mortgage rates could outweigh any stamp duty savings they may stand to make.

According to Moneyfacts.co.uk, there were 2,262 residential mortgage products available on Monday October 3, down from 3,961 on the day of the mini-budget.