The Commons inquiry that could determine the prime minister's fate in office kicked off this week. 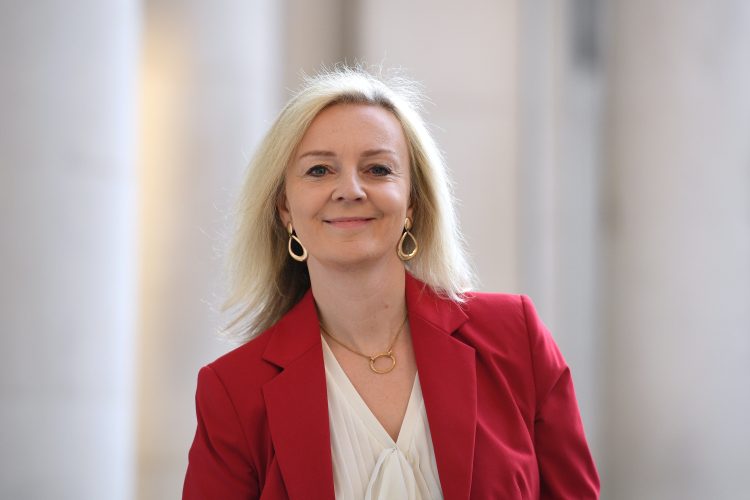 Foreign Secretary Liz Truss has rejected claims from allies of Boris Johnson that the inquiry into whether he lied to Parliament over partygate risks becoming a “kangaroo court”.

She said on Thursday that she “implicitly” trusts the Privileges Committee to investigate the Prime Minister and defended the decision for Labour grandee Harriet Harman to chair it.

The Commons inquiry that could determine Mr Johnson’s fate in office began on Wednesday with a decision to allow Downing Street staff to give evidence anonymously if necessary.

Ms Harman was elected to lead the cross-party committee, which is expected to begin holding oral evidence sessions in the autumn.

And they questioned Ms Harman, a former acting Labour leader, leading the committee.

But Ms Truss told BBC Radio 4’s Today programme: “I trust implicitly my parliamentary colleagues to listen properly to the evidence and make the right decision.”

She told Sky News that “I don’t see a problem” with Ms Harman chairing the committee and rejected the sources’ claims that it is going to be a kangaroo court.

“No, we have these processes in Parliament. The process has kicked off, we now need to wait for the results,” she said.

Vote of no confidence

The committee gave a month for witnesses to come forward after launching their investigation in a private meeting on Wednesday.

Mr Johnson survived a vote of no confidence by Tory MPs earlier this month in the wake of Sue Gray’s damning inquiry into partygate.

But 148 Conservatives – or 41 per cent of his party – voted against Mr Johnson, in what was a major blow to his authority.

Under the current rules of the Conservative 1922 Committee, the Prime Minister cannot face another vote over his leadership for a year.

However, the group of backbench MPs could work to change this if they believe any events change the situation and that he should go.

Some Conservatives have said they believe Mr Johnson being found to have lied to the House, normally considered a resigning matter, would cross that line.

The committee is comprised of seven MPs, four Tories, two from Labour and one from the SNP.