The Prime Minister described the UK and Italy as “close allies”. 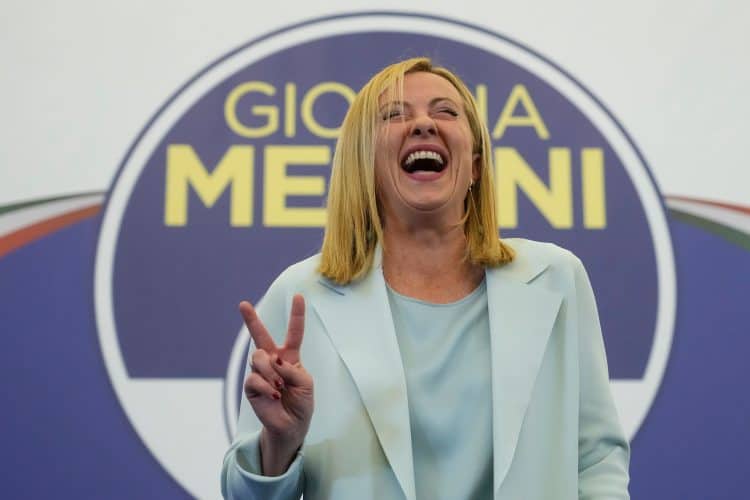 In a message to Giorgia Meloni, whose party the Brothers of Italy is expected to deliver the country’s first far-right-led government since the Second World War, the Prime Minister described the UK and Italy as “close allies”.

Ms Truss tweeted: “Congratulations to @GiorgiaMeloni on her party’s success in the Italian elections.

“From supporting Ukraine to addressing global economic challenges, the UK and Italy are close allies.”

Italy’s left wing has warned of “dark days” ahead as near-final results show Ms Meloni’s party has won the most votes in the country’s national elections.

But right-wing political figures from across Europe, including France’s Marine Le Pen and Spain’s Santiago Abascal, have sung her praises.

“Italy chose us. We will not betray it as we never have.”