It will be the "home of free speech and right-wing comedy". 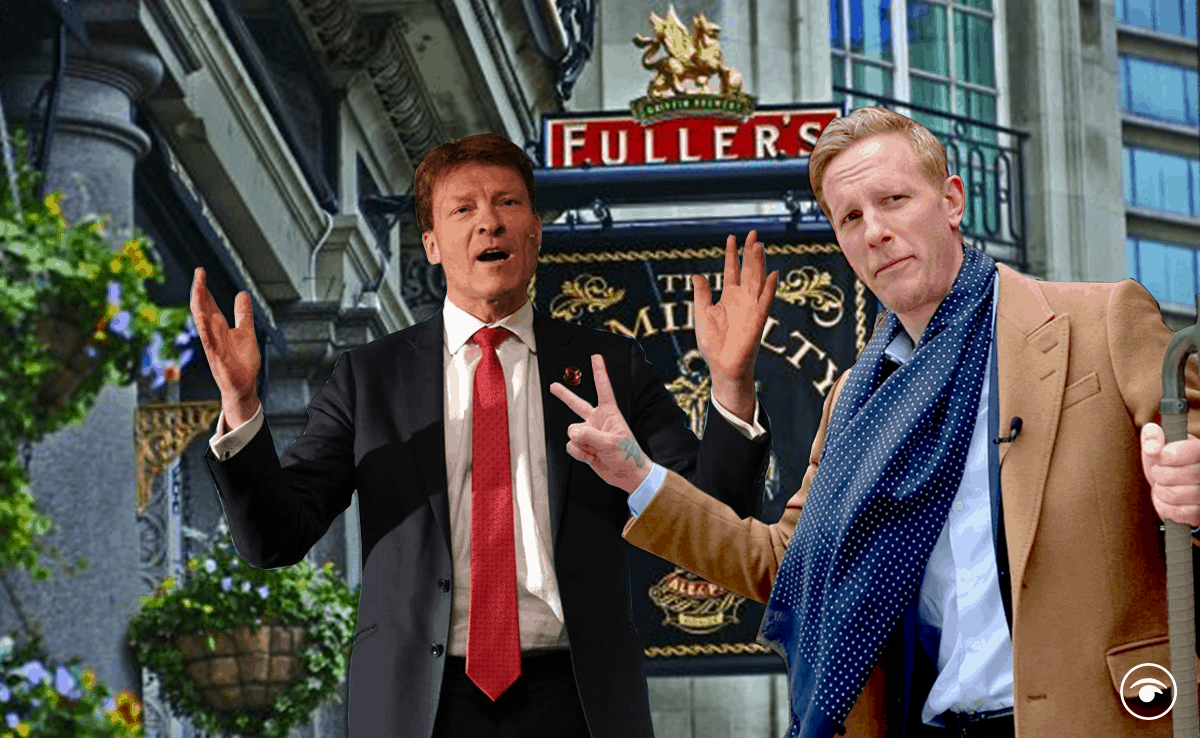 Laurence Fox and Richard Tice have announced they will be opening a pub in central London serving “only British food” and requiring no “vaccine passports and no masks”.

The Reform UK leader, who took over from Nigel Farage earlier this year, spoke about his plans on talkRADIO today, saying it will be the “home of free speech and right-wing comedy”.

Fox, who is currently running in the London mayor race, has pledged to “unlock” the capital from continuing lockdown, stating in an open letter to Londoners his intention to “reclaim your freedom to move” and “freedom to work”.

He was backed by Tice in the race, who is also running for London Assembly, but is thought to be trailing Count Binface and a YouTube star who wears children’s sunglasses in the contest.

Reform UK also managed to only get 1 per cent of the vote in the Hartlepool by-election despite registering 26 per cent under the Brexit Party in 2019.

"It will be the home of free speech and right-wing comedy. It'll only be British food, no vaccine passports, no masks".@iromg | @TiceRichard | @LozzaFox pic.twitter.com/glVehaT0IK