Labour and Tory majorities are risk to UK – Blair

The former prime minister said he would still vote Labour but could understand why people might vote for Liberal Democrat candidates. 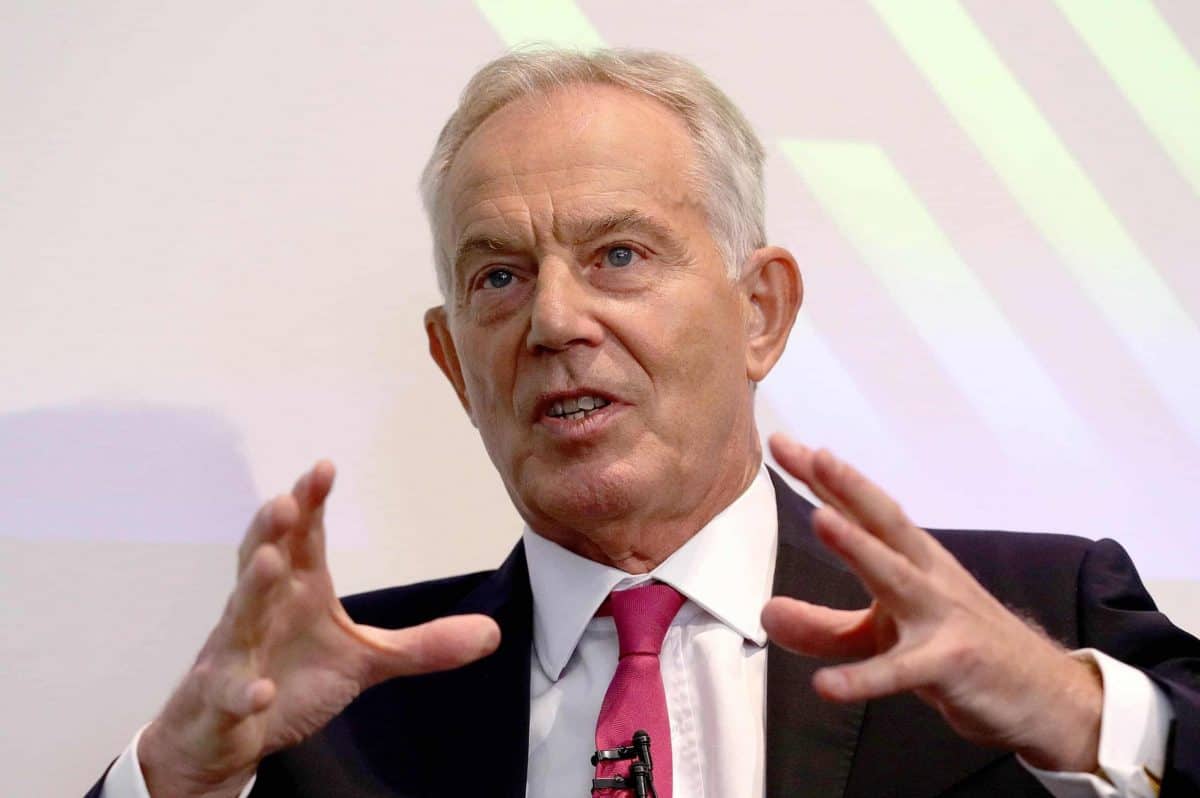 Delivering a speech on Brexit and the General Election in London, Mr Blair stressed that both the Conservatives’ pledge to end the UK’s transition period after Brexit at the end of 2020 with or without a deal and Labour’s spending plans posed a “risk”.

Speaking to a Reuters Newsmakers event, Mr Blair said: “Both as majority governments pose a risk. It’s just that the chances I think of Labour doing that are – if the polls are right – negligible.”

He continued: “I don’t think a majority government of either side is a good thing,” adding: “This is why I’m saying you have to unpick the knot and what people are thinking at the moment is if you pull the string hard enough you’ll untie the knot, but you won’t.

On Labour’s manifesto, Mr Blair said while its aims were good, it would be “difficult” to achieve.

He added: “Some of the things that underline the policy commitments, to tackle poverty, to tackle inequality, I mean this should definitely be the agenda of any modern government.

“The problem is if you try unreconstructed, and at one time, to do all of those things listed in the manifesto it would be difficult.”

Mr Blair said he would still vote Labour but could understand why people might vote for Liberal Democrat candidates.

He said: “I’ve said why I’ve got to vote Labour because for one thing, by the way, there will be an enormous debate coming, I feel, in the Labour Party at a certain point,” adding: “I’m in a particular position, there’s one of me. But I can understand why the people I know in the same constituency as me who will be voting for Chuka Umunna.”

He also branded the Tories’ plan to deliver Brexit a “fantasy” and said he would not trust Boris Johnson with a blank cheque and said the state of British politics is “utterly dysfunctional”.

He added: “The Conservative Party say vote Tory and Brexit will be done, it will be over.

He added: “The Conservatives calculate that they can force people to elect them, despite worry over Brexit, because Jeremy Corbyn is the alternative.

“The Labour Party leadership calculate they can combine traditional Labour support around issues like the NHS, with Remain voters who hate Brexit, despite fear about the Labour leader.

Mr Blair said: “Yet though Brexit is a distraction, it is also the vital determinant of the nation’s future.

“When people hear the phrase no deal, they often think we just mean failure to agree, which in Brexiteer language means we haven’t surrendered.

On Labour, he said: “The Labour Party manifesto is heralded by its leadership as the most radical ever.

“This is true. It promises a revolution and if implemented it would indeed amount to one…The problem with revolutions is never how they begin but how they end.”

He added: “The polls predict a Conservative victory and put the chances of an outright Labour victory as negligible. But I wouldn’t trust Boris Johnson with a blank cheque.”