“Now it’s a joyful moment for us. We are enjoying it. We will celebrate with firecrackers, distributing Indian sweets to people and praying in the temple." 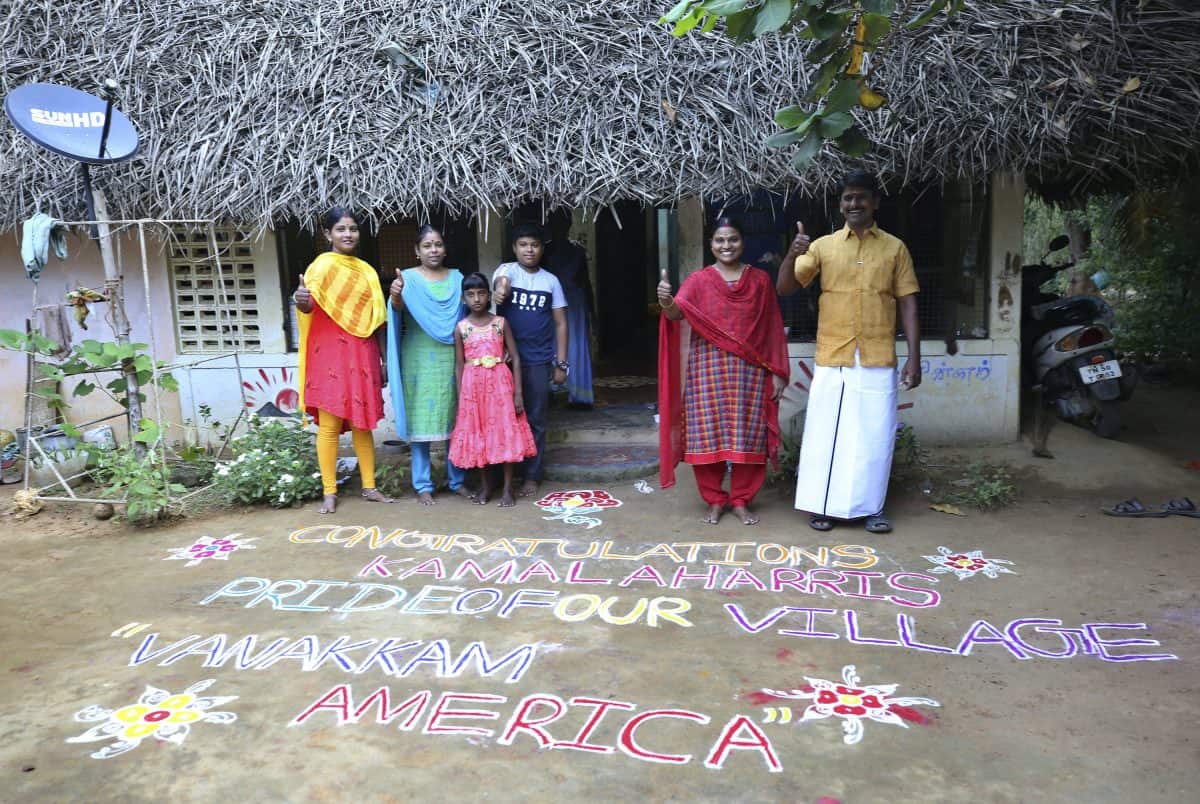 Prayers were offered and firecrackers set off in the ancestral village of Kamala Harris after she and Joe Biden won the US election.

Groups gathered at street corners of Thulasendrapuram, which has a population of 350, reading newspapers and chatting about the Democrats’ victory before moving to the temple.

“For two or three days we kept our fingers crossed while the result was delayed,” said resident Kalidas Vamdayar.

“Now it’s a joyful moment for us. We are enjoying it. We will celebrate with firecrackers, distributing Indian sweets to people and praying in the temple. We will request her to come here. She would have heard our voice and she may come.”

‘The daughter of our village’

A woman wrote in colour powder outside her home: “Congratulations Kamala Harris. Pride of our village. Vanakkam (Greetings) America.”

Aulmozhi Sudhakar, a village councillor, said: “Kamala Harris is the daughter of our village. From children to senior citizens, each one of us is awaiting the day she would take oath as the vice president of the US.”

More singing, dancing and firecrackers are planned on Sunday in the village, where cut-outs and posters wishing Ms Harris a “grand success” adorn many walls.

J Sudhakar, who organised prayers on Election Day, expressed his wish for Ms Harris to visit.

As Americans voted, nearly 50 residents, with folded hands, lined up in the temple that reverberated with the sound of ringing bells, and a Hindu priest gave them sweets and flowers as a religious offering.

Women in the village, 215 miles from the southern coastal city of Chennai, used bright colours to write “We Wish Kamala Harris Wins” on the ground, alongside a thumbs-up sign.

The lush green village is the hometown of Ms Harris’ maternal grandfather, who had moved to Chennai, the capital of Tamil Nadu state, decades ago.

Inside the temple where people have been holding special prayers, Ms Harris’ name is sculpted into a stone that lists public donations made to the temple in 2014, along with that of her grandfather who gave money decades ago.

Ms Harris’ late mother also was born in India, before moving to the US at the age of 19 to study at the University of California.

She married a Jamaican, and they named their daughter Kamala, Sanskrit for lotus flower.

India’s Prime Minister Narendra Modi in a tweet described Ms Harris’ success as groundbreaking, and a matter of immense pride not just for her relatives but also for all Indian-Americans.

He said: “I am confident that the vibrant India-US ties will get even stronger with your support and leadership.”