The PM says England could face ‘hard choices’ if the variant proves to be much more transmissible. 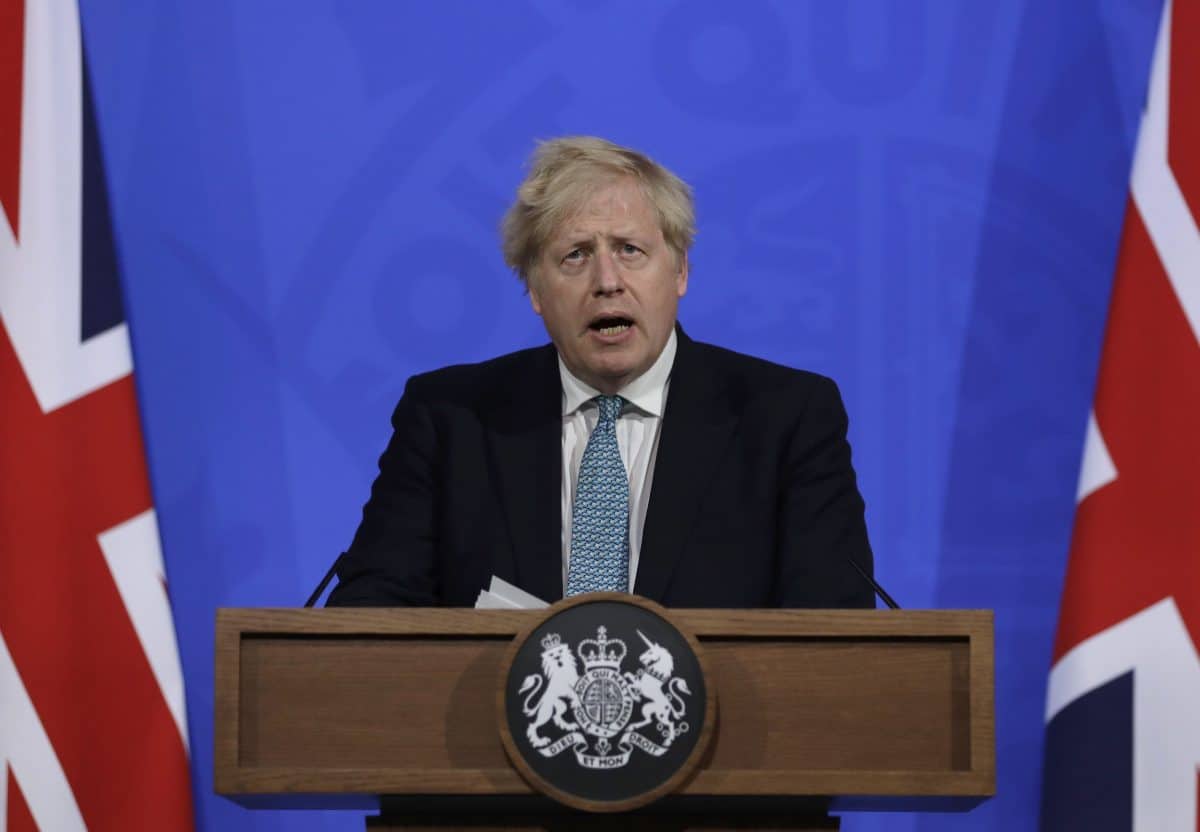 Boris Johnson has warned that plans to end lockdown restrictions next month are in jeopardy as scientists feared the Indian coronavirus variant could be 50 per cent more transmissible than the Kent strain.

The prime minister told a Downing Street press conference that England will face “hard choices” if the Indian variant of concern turned out to be much more transmissible than others.

Chief medical officer Professor Chris Whitty said that would mean “a really significant surge” in infections, as he predicted the variant could become the most dominant strain across the UK.

Johnson said he will press ahead with plans to lift restrictions on Monday, permitting people to mix indoors as well as allowing physical contact to return between households for the first time in over a year.

In a bid to dampen the effects of the variant, Johnson announced that people aged over 50 and the clinically vulnerable will have their second doses of a Covid vaccine accelerated.

The downbeat briefing took place as it emerged the Scientific Advisory Group for Emergences (Sage) concluded it is “highly likely” the Indian strain is more transmissible than the one that emerged in Kent.

The minutes of the meeting on Thursday showed they believe there is a “realistic possibility that it is as much as 50 per cent more transmissible”.

They warned there will be an even faster increase in cases if restrictions are lifted, suggesting a peak of infection can be expected after Monday’s easing, and certainly at step four in June when all legal limits on social contact are due to end.

Sage said that if higher levels of transmissibility are confirmed, moving to step three on Monday could “lead to a substantial resurgence of hospitalisations (similar to, or larger than, previous peaks)”.

The scientists also acknowledged there “may be some reduction in protection” conferred by vaccines on the Indian variant.

During the Downing Street briefing, the prime minister said: “I do not believe that we need, on the present evidence, to delay our road map and we will proceed with our plan to move to step three in England from Monday.

“But I have to level with you that this new variant could pose a serious disruption to our progress and could make it more difficult to move to step four in June.”

Data from Public Health England (PHE) shows a rise in cases of the Indian variant of concern from 520 to 1,313 this week in the UK, with the agency saying infections were “rising in the community”.

Prof Whitty said the variant was “quite widely seeded in a number of parts of England and indeed elsewhere in parts of the four nations of the United Kingdom” and could overtake the Kent strain to become dominant in the UK.

He warned the UK could see “a really significant surge” in Covid-19 cases if it proves to be a lot more transmissible, adding: “That’s a really critical question to which we do not yet have the answer.”

Johnson said second doses – which give people maximum protection against Covid-19 – will be brought forward for the over 50s and clinically vulnerable from the planned 12-week interval to eight weeks.

The PM said the army would be deployed in parts of the North West which have suffered some of the highest rates of the Indian variant, and will hand out tests to help the surge testing efforts.

Surge testing is being carried out in several places in England including areas of Bolton, Blackburn, Sefton and London.

Johnson also urged people to “think really carefully” about the risk to loved ones, “especially if they haven’t had that second dose or if it hasn’t yet had time to take full effect”.

He was also downbeat about foreign holidays this summer, as European countries including Portugal, Greece and Italy eased restrictions to open their borders to British holidaymakers.

UKHospitality’s chief executive Kate Nicholls said it was “vital” financial support was offered if step four of the road map was disrupted by any surge of the Indian variant of coronavirus.