Angela Rayner said MPs were having to resort to an investigation “because the PM has failed to do the decent thing and resign”. 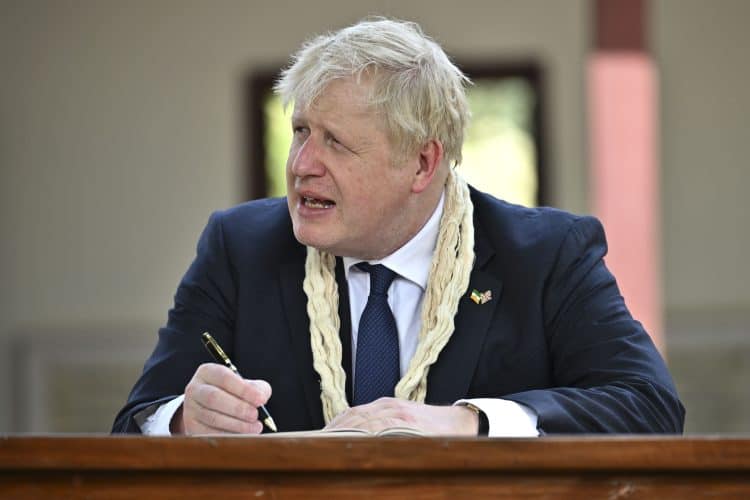 Boris Johnson will face a parliamentary investigation after MPs agreed to refer the Prime Minister over claims he misled Parliament about Downing Street parties during Covid lockdowns.

The Labour motion on Thursday passed without a vote after receiving no objections, with No 10 opting against tabling its own delay amendment.

The decision means MPs on the Privileges Committee will investigate whether Mr Johnson is in contempt of Parliament for misleading the Commons with his repeated denials of lockdown-busting parties in No 10.

The probe will only begin after Scotland Yard has completed its own inquiry into alleged coronavirus law breaches at the heart of Government.

‘Do the decent thing and resign’

Speaking before the result was confirmed, Cabinet Office minister Michael Ellis told the Commons the Prime Minister “has always been clear that he is happy to face whatever inquiries Parliament sees fit”.

Labour deputy leader Angela Rayner said MPs were having to resort to establishing a parliamentary investigation “because the Prime Minister has failed to do the decent thing and resign”.

Mr Johnson, who missed the motion debate and decision because he is on an official visit to India, has already been fined once by Metropolitan Police for attending his own birthday celebration in June 2020, with his officials braced for more fixed-penalty notices to land.

He is thought to have been at six of the 12 possible rule-breaking events being considered by Operation Hillman officers.

Conservative MPs used the afternoon debate on the PM’s truthfulness to express their disgruntlement at his handling of the allegations, with more coming forward with calls for him to resign.

The motion laid before MPs said that Mr Johnson’s comments “including but not limited to” four separate remarks in the Commons “appear to amount to misleading the House”.

The Prime Minister had, speaking from the despatch box, previously said that all Covid rules were followed in Downing Street.

As well as the police and parliamentary investigation, there has already been a review carried out of the partygate allegations by senior civil servant Sue Gray, who is waiting to publish her full findings.

Mr Baker, who was a prominent Brexiteer involved in ousting Theresa May, said: “Really, the Prime Minister should just know the gig’s up.”

William Wragg, Tory chairman of the Public Administration and Constitutional Affairs Committee, used a scathing speech to confirm he had submitted a letter of no confidence in Mr Johnson’s leadership.

“I cannot reconcile myself to the Prime Minister’s continued leadership of our country and the Conservative Party,” he told the Commons.

Tory MPs had initially been ordered to back a Government amendment which would defer any decision on referring the matter to the committee until after the conclusion of the Met Police inquiry.

But in a late U-turn shortly before the debate began, Tory MPs were given a free vote.

The move appeared to confirm speculation at Westminster that a significant number of Tories were not prepared to back the Government’s attempt to kick the issue into the long grass.

Mr Johnson had been unable to escape the scandal during his visit to Ahmedabad, with the issue the focus of his round of broadcast interviews.

The Prime Minister said he has “absolutely nothing, frankly, to hide” as he explained why he had dropped the attempt to delay a decision on the investigation.

He said he remains confident of leading the Tories into the next general election.

Responding to Mr Baker’s call for him to quit, the Prime Minister said: “I understand people’s feelings. I don’t think that is the right thing to do.”

The Prime Minister said he would be able to give a “fuller account” of his actions once the police investigation is over and the Gray report is published.

Scotland Yard’s investigation into the parties in Downing Street and Whitehall during England’s lockdowns in 2020 and 2021 is continuing, although May 5’s local elections mean no announcement about further fines will be made by the Met until after polling day.

But in a later development, Downing Street indicated it would say whether Mr Johnson or Cabinet Secretary Simon Case are issued with fines, in the run up to the local elections.

A No 10 spokesman told reporters: “The Prime Minister himself said yesterday in Parliament that… if he were to receive another he would be transparent and would let people know. That hasn’t changed.”