The President went off script to praise "warrior" nurses. 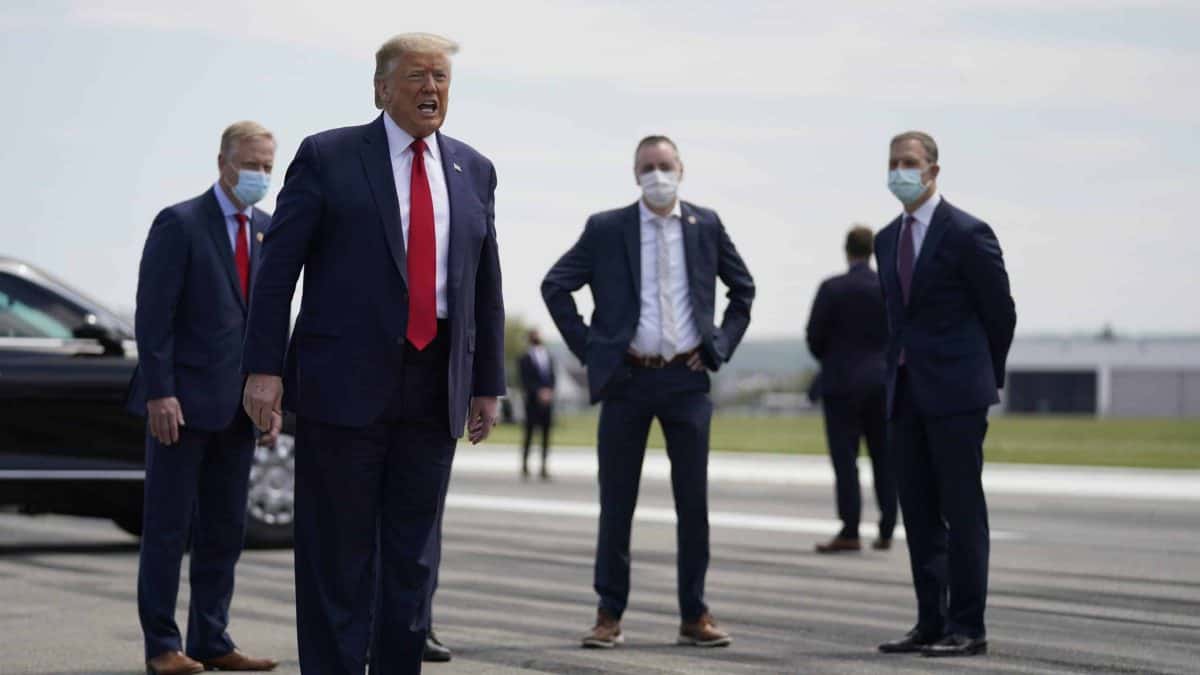 Donald Trump praised the bravery of frontline care workers in a typically bizarre speech in Pennsylvania.

The US president said it’s “beautiful” to see “nurses running into death just like soldiers running into bullets” in an address to a medical equipment distribution facility.

Going off script, he said:

“They are warriors aren’t they, when you see them going into those hospitals and they’re putting the stuff that you deliver, but they’re wrapping themselves, and the doors are opening, and they’re going through the doors, and they’re not even ready to go through those doors, they probably shouldn’t, but they can’t get there fast enough, and they’re running into death just like soldiers run into bullets in a true sense, I see that with the doctors and the nurses and so many of the people that go into those hospitals, it’s incredible to see, it’s a beautiful thing to see.”