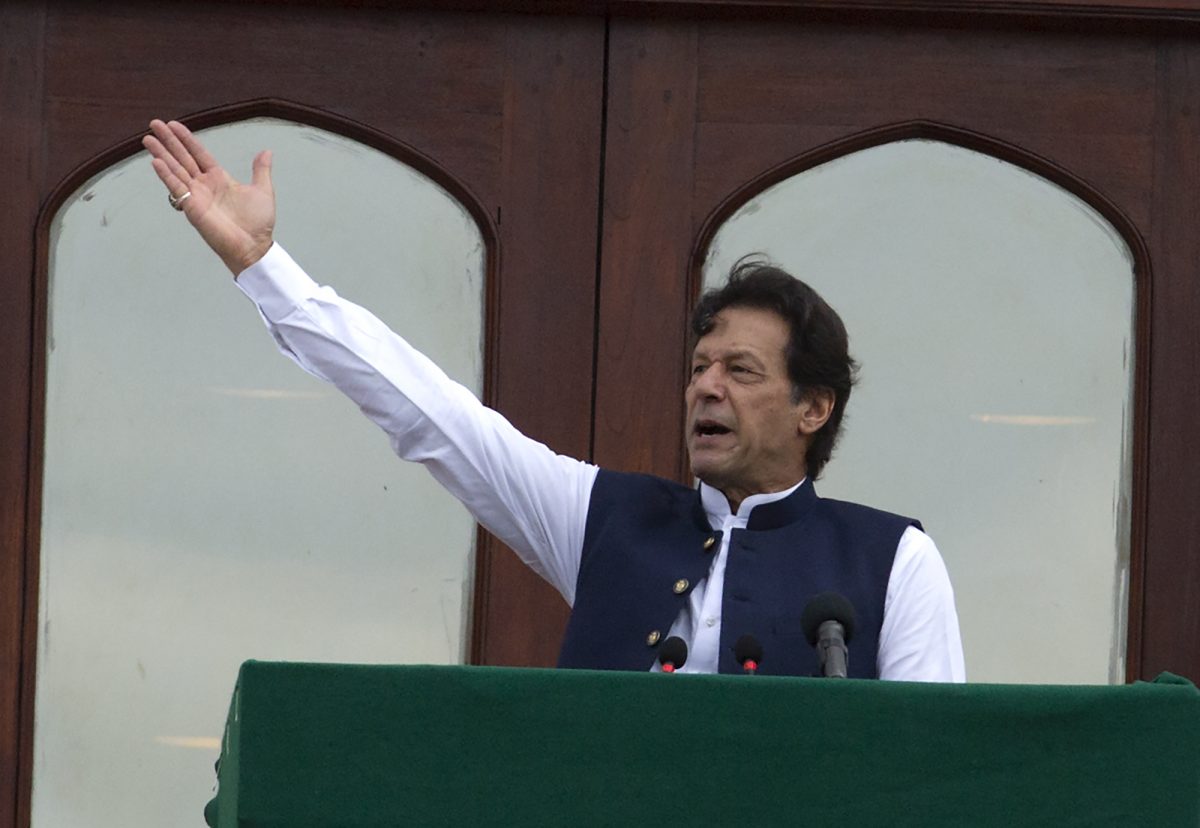 Pakistani Prime Minister Imran Khan addresses a Kashmir rally at the Prime Minister office in Islamabad, Pakistan, Friday, Aug. 30, 2019. Khan said he had warned the international community that India could launch an attack on Pakistani-held Kashmir in an effort to divert the attention from human rights abuses in its portion of the disputed Himalayan region. (AP Photo/B.K. Bangash)

Imran Khan, Pakistan’s prime minister, has written to Mark Zuckerberg urging Facebook to take a stronger stance on Islamophobia on the platform.

Announcing the move, Zuckerberg – who is Jewish – said that he had “struggled with the tension” between free speech and banning offensive content – but that “this is the right balance”.

Now Khan has demanded that Facebook take a similar approach to anti-Muslim abuse on the social network, which he says “is encouraging hate, extremism and violence across the world”.

‘Hate must be banned’

“Given the rampant abuse and vilification Muslims on social media platforms, I would ask you to place a similar ban on Islamophobia and hate against Islam for Facebook that you have put in place for the Holocaust,” Khan wrote in a letter that he also shared on Twitter.

“The message of hate must be banned in total – one cannot send a message that while hate messages against some are unacceptable, these are acceptable against others,” he added.

His comments came after Macron paid tribute to French history teacher Samuel Paty, who was murdered after he showed cartoons of the Prophet Muhammad in a lesson.

Macron said that Paty “was killed because Islamists want our future”, adding that France would “not give up our cartoons”.

“It is unfortunate that [Macron] has chosen to encourage Islamophobia by attacking Islam rather than the terrorists who carry out violence,” Khan responded in a tweet.

Khan is under increasing political pressure in Pakistan from a coalition of opposition parties – and has often turned to the religious vote in order to strengthen his base.

“In France, Islam has been associated with terrorism and obligation of blasphemous cartoons targeting Islam and our Holy Prophet has been allowed,” Khan wrote to Zuckerberg.

He added: “How will the French distinguish between radical extremist Muslim citizens and the mainstream Muslim citizenry of Islam?

“We have seen how marginalisation inevitable leads to extremism – something the world does not need.”

Khan is also engaged in a simmering diplomatic row with London – where his bitter rival Nawaz Sharif is living in exile.

The Pakistan leader – a former captain of the country’s cricket side – has urged Boris Johnson to deport Sharif, who has recently made a return to frontline politics from his domicile on Park Lane.

Jailed for corruption two years ago, Sharif – a three-time prime minister of Pakistan – was permitted to fly to the UK for medical treatment last year, but has not returned to Pakistan since.

Khan said he may make a visit to Britain to ratchet up the pressure on Johnson, according to The Times.