The SNP leader said - again and again - that Johnson had "wilfully misled Parliament", before being tossed out by the Speaker. 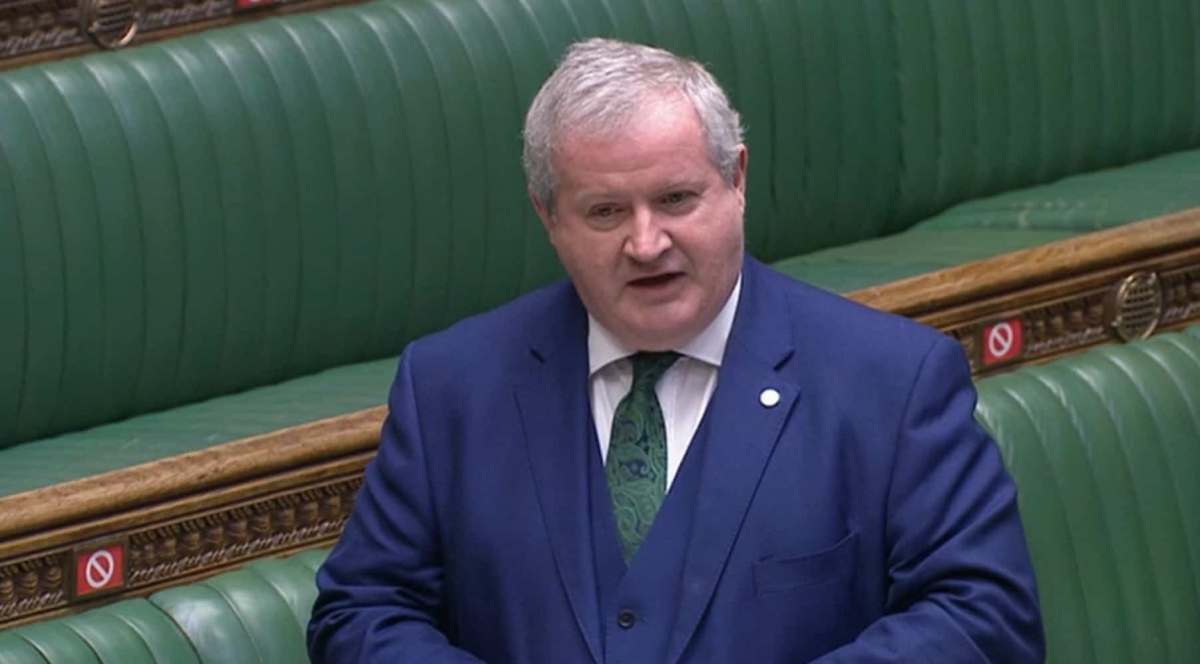 Ian Blackford was booted out of Parliament for repeatedly accusing Boris Johnson of misleading the House of Commons over alleged lockdown-busting Downing Street parties.

The SNP’s Westminster leader repeatedly rejected Speaker Lindsay Hoyle’s demands to withdraw his comments, insisting several times that Johnson had lied to MPs – and was subsequently tossed out of the Commons today.

Blackford claimed the prime minister had “wilfully, wilfully misled parliament”. He added: “It’s not my fault if the Prime Minister can’t be trusted to tell the truth.”

“We stand here today faced with the systematic decimation of public trust in government and the institution of the state, and at its heart, a prime minister, a prime minister being investigated by the police,” he said.

“So here we have it, the long-awaited Sue Gray report. What a farce.”

The report produced by Gray catalogued a series of “failures of leadership and judgment” within No 10 and the Cabinet Office while England was under coronavirus restrictions in 2020 and 2021.

But she was unable to publish meaningful findings because the police were now investigating at least 12 gatherings linked to government properties in Downing Street and Whitehall.

Blackford labelled the report a “fact-finding exercise with no conclusions” and “with no facts”, before being kicked out of Parliament for suggesting Johnson’s behaviour in claiming there was no “gathering” on 13 November 2020 was intentional.

MPs are formally prohibited from accusing each other of lying or intentionally misleading Parliament during debates in the Commons.

“Under the power given to me by standing order number 43 I order the honourable member to withdraw immediately from the House,” Sir Lindsay said.

Blackford left before Hoyle finished speaking, prompting the Speaker to conclude: “It’s all right, we don’t need to bother.”