A furious teacher returning from France didn't hold back in his assessment of the government's handling of the crisis. 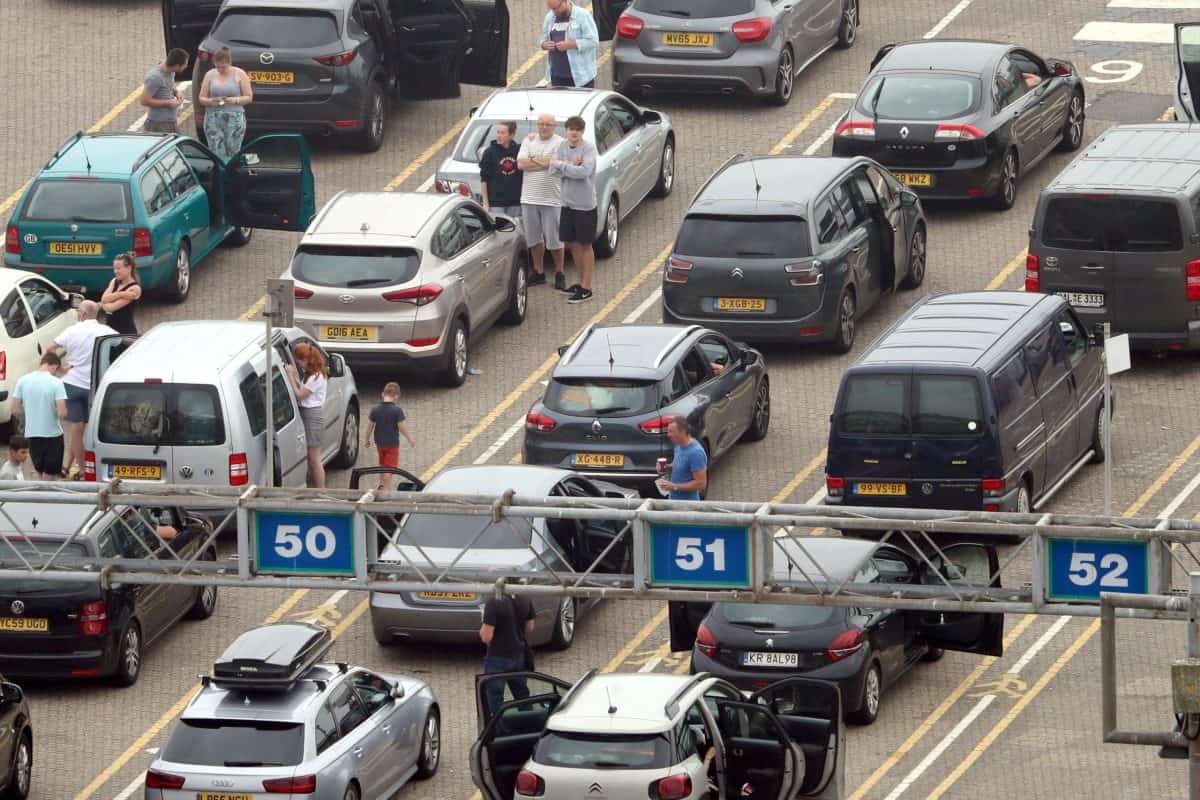 A teacher returning from France ahead of the new quarantine deadline didn’t hold back when giving his assessment of the government.

Transport Secretary Grant Shapps announced late on Thursday that anyone arriving from France after 4am on Saturday is required to quarantine for 14 days due to rising coronavirus cases in the country.

The move sparked a rush on return tickets, which saw many people spending hundreds of pounds to make it back in time.

The quarantine conditions also apply to travellers returning to or visiting the UK from the Netherlands, Monaco, Malta, Turks & Caicos and Aruba.

“We literally got on the last available train”

Matt, a teacher from Manchester who did not share his second name, took his car on a Channel Tunnel train which was due to arrive back in the UK at 3.55am.

His family had been camping in the Dordogne and had planned to come home on Monday but changed their tickets for an extra £115.

The family drove for 10 hours to Calais to catch the train and spent another £66 to stay at a hotel in the early hours before driving on to Manchester.

“We literally got on the last available train… we’d been keeping up-to-date with the chaos at Calais so we were fearing the worst,” the 40-year-old told the PA news agency.

“Luckily, once we got to Calais we sailed through and actually got back at just gone 3am.”

Matt said he did not want his family to be in quarantine on his daughter’s eighth birthday next Friday, and the new measures would also have prevented a trip to see family in Scotland next weekend.

“They’re a complete shambles, beyond incompetent”

Asked about the Government’s timing over imposing the deadline, Matt said: “How much swearing are you allowed to include if I give you my honest views on the Government?

“They’re a complete shambles, beyond incompetent… they need to be clearer and give more warning.

“Is there a tipping point figure (of coronavirus cases), or do they just apply it as and when they feel like it?”

Another holidaymaker, Joe White from Surrey, said they were “proactive” and had booked their Friday night journey back to the UK early in anticipation of a rule change.

“I think the Government were pretty transparent that France was likely to be added to the quarantine list and I feel that anyone going away should have been prepared to take the risk that they might have to quarantine,” the 31-year-old said.

“If they weren’t prepared to do so then should have stayed at home.”

However, Mr White was one of many to be caught in long queues at the Channel Tunnel.

“We were waiting over two hours in the boarding lane with no information as to when we would actually leave,” he added.