“Women wanted him. Men wanted to be him. Animals feared him. He had the world at his feet, yet he threw it all away over a bitter rivalry that began at the urinals of Eaton forty years ago." 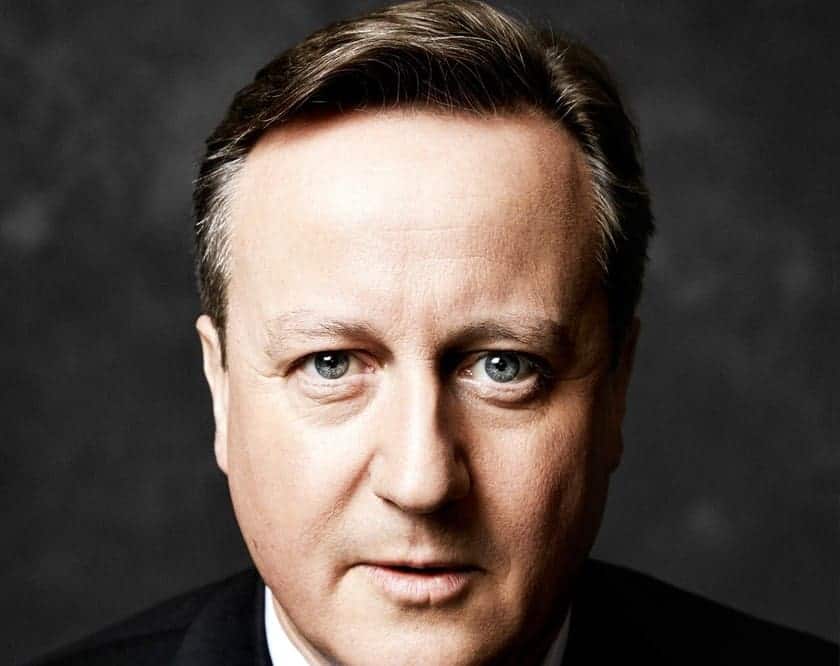 David Cameron’s book was given a hilarious make over in bookshops this weekend.

The controversial memoir was edited with fake quotes from Donald Trump and Linford Christie along with a revised blurb.

The back page reads:

“Women wanted him. Men wanted to be him. Animals feared him. He had the world at his feet, yet he threw it all away over a bitter rivalry that began at the urinals of Eton forty years ago.

“This isn’t so much a book as a blueprint of how to completely destroy a country – written by a tired man with face like a satellite dish made entirely of ham.”

Horrifying and arousing in equal measure

Several complementary endorsements follow, including one from former gold medal winner Christie, who is quoted as saying:

“Horrifying and arousing in equal measure”.

US president Trump appears on the front page, calling the memoir:

“A very great book. So great. All the words. All the pages”.