Kim Jong-un missed the yearly April 15th visit to the Kumsusan Palace of the Sun in Pyongyang, sparking rumours. 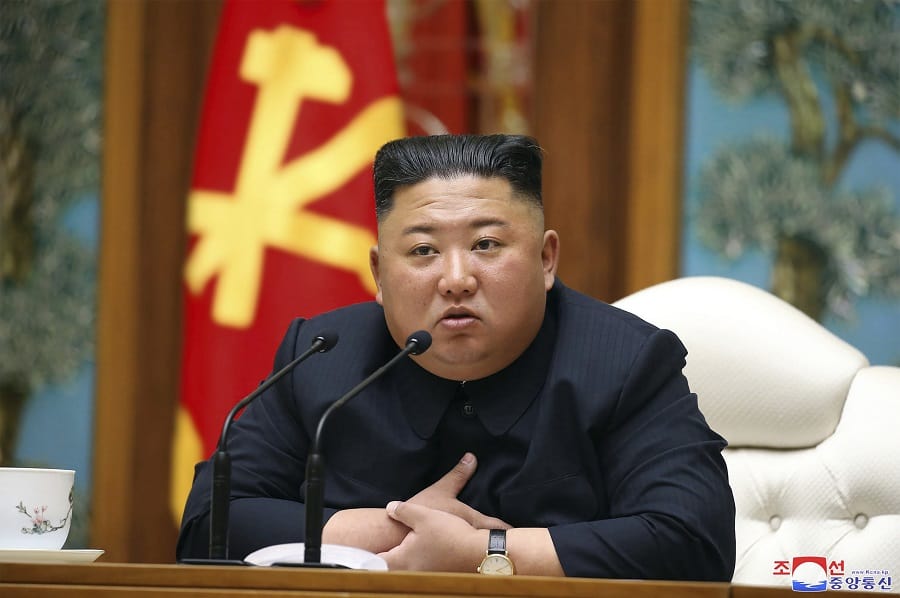 As the world occupies itself with a fight against an invisible foe, a much more conventional foe has disappeared from view – sparking a whirlpool of rumour and speculation in the process.

Whispers about the whereabouts and health of Kim Jong-un, the dictatorial leader of North Korea, began earlier this month, when the secretive head of the Hermit Kingdom was nowhere to be seen at the annual celebrations to mark the birthday of his grandfather – the dynastic regime’s founder.

Kim had never missed the yearly April 15th visit to the Kumsusan Palace of the Sun in Pyongyang, where his grandfather, Kim Il-sung, and father, Kim Jong-il, lie in state. His no-show this year fuelled a flurry of reports about his wellbeing, culminating in US tabloid TMZ splashing a sensational story that the dictator had died after a botched heart story.

The story, which cited as its source “a Hong Kong-backed news channel’s vice director – who’s apparently the niece of a Chinese foreign minister”, suggested that Kim had collapsed, clutching his chest, during a visit to the North Korean countryside earlier this month.

Requiring a stent procedure, TMZ reported that the surgery “either wasn’t done rapidly enough, or it was botched completely by the surgeon – with some reports saying he had shaky hands”.

Other reports suggest that Kim, who is believed to be 36, is either recuperating from a strained ankle or has become “brain dead” or is in a “vegetative state” after a heart-valve surgery gone wrong.

Another rumour claims that Kim, infamously dubbed ‘Little Rocket Man’ by US President Donald Trump, has been laid low with Covid-19 – which he caught from a Chinese doctor sent to treat him.

It is notoriously difficult to source real information on North Korea, with even the most tuned-in analysts often left scrabbling for anecdotal evidence and blurry satellite imagery to determine what’s going on in the nuclear-armed state.

The wild proliferation of theories, coupled with uncustomary silence from Pyongyang on the dictator’s health, has left US and South Korean intelligence agency sifting through scraps in an attempt to gain a full picture of Kim’s health.

And Kim’s absence has been felt in North Korea itself too, according to reports. The Washington Post’s Anna Fifield – author of a biography of Kim Jong-un – wrote this weekend that there had been panic buying in Pyongyang.

She said: “Locals are stocking up on everything from laundry detergent and rice to electronics and liquor. They started snapping ip all imported products first, but in the past few days there’s been a run on domestically produced items, too, such as canned fish and cigarettes.

“Helicopters have been flying over Pyongyang, sources have told me, and trains within North Korea and also over the border in northern China have been disrupted.”

The latest talk of Kim’s death, she concluded, “feels different”. Reports that he has had some sort of heart surgery have a “stubborn persistence”, she added, “making the real question his condition.”

Seeking to end the uncertainty, as speculation mounted as to whether Kim’s sister, 32-year-old Kim Yo Jong, would step into the breach if he was incapacitated, the South Korean government has now said it is confident that the rumours about about the North Korean leader’s death have been greatly exaggerated.

“Our government has enough information-gathering capabilities to say confidently that there is nothing unusual,” Kim Yeon-chul, South Korea’s unification minister, announced on Sunday.

This is not the first time that discussion about Kim’s demise has proved premature. In 2014, he disappeared from the public eye for six weeks –  sparking speculation that he had been killed in a military coup, or had suffered a heart attack.

If Seoul’s assertions are to be believed, then this latest bout of rumours is just that – rumours. However until Kim is once more pictured in public, they will continue to swirl.