Among them is former transport secretary Chris Grayling, who took a £100,000-a-year role advising a ports company. 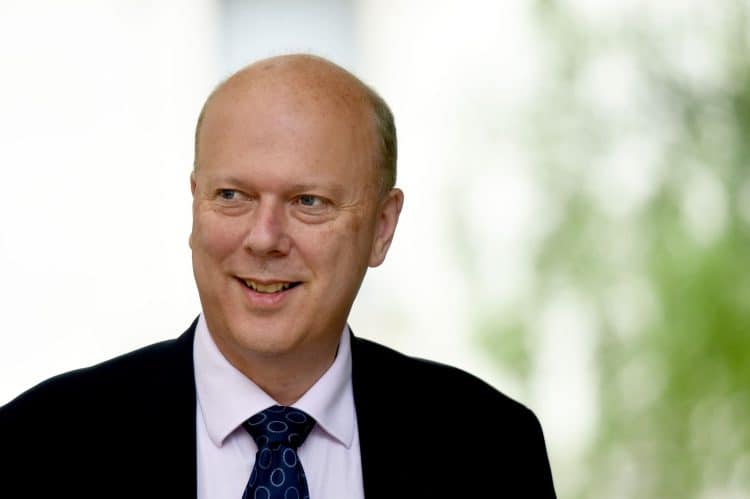 Half of all ministers who have left office under Boris Johnson or Theresa May subsequently took up jobs with companies relevant to their former jobs.

Analysis by The Guardian found of those who left the government  payroll up until the most recent payroll, more than 50 took up employment as advisers in industries where they had government expertise.

Many of those ex-ministers are still sitting in either the Commons or the Lords, taking ups second jobs on top of their work as lawmakers.

At least a dozen were Cabinet ministers, with some maintaining direct links between their new jobs and old government briefs.

Nicky Morgan – a former culture secretary and Treasury minister who now sits as a peer – took on jobs on the board of Santander bank, and as a consultant to a corporate law firm.

Other took up roles advising foreign governments – including former Foreign Office minister Mark Field, who was approved for a job advising the Cayman Islands, and Philip Hammond, the ex-chancellor, who took advisory roles to Kuwaiti and Bahraini financial authorities.

It comes as Labour outlined plans to stage a Commons vote on banning MPs from taking paid consultancies or directorships.

Sir Keir Starmer said the party will be tabling a motion for Wednesday’s opposition day debate.

It is understood Labour is seeking to draft the motion in such a way that the result will be binding on the House if it is passed.

Starmer said it offered a way to “clean up” politics following the debacle of the case of former Cabinet minister Owen Paterson.

“We are putting that down. It is for every MP to decide how they want to vote on that. That will perhaps be a measure of where people are on how we actually move this forward,” Sir Keir said during an LBC radio phone-in.

The move comes as MPs are expected to back a motion reversing plans to review the MPs standards investigation process and delay Paterson’s suspension for breaking lobbying rules.

Many Tory MPs are still furious after being ordered to support the review only for the government  to drop the plan after the opposition parties refused to back it.

Paterson, meanwhile, has resigned as the MP for North Shropshire.

The House, however, is still expected to endorse the finding that he broke Commons rules by repeatedly lobbying ministers and officials on behalf of two firms which he worked for as a paid consultant.

In a second motion, Labour will call for the publication of the papers relating to his advocacy for the diagnostics company, Randox, and all the government contracts it received.

At a Downing Street news conference on Sunday, Boris Johnson acknowledged he could have handled the situation better.

“Of course, I think things could certainly have been handled better, let me put it that way, by me,” he said.

Labour’s decision to force a vote will put pressure on Tory MPs who face the prospect of further stoking public anger by seeking to vote it down or losing their lucrative consultancy work.

An analysis published by the party last week showed Conservative MPs received more than £1.7 million in consultancy fees since the start of the year.

It found 50 Tory backbenchers and former ministers had been paid by management or consultancy firms.

Sir Keir said: “It should be a point of consensus that paid directorships and commercial consultancies are not jobs for MPs.

“It was the Prime Minister’s decisions which have led to this scandal. He has repeatedly failed in his leadership over this issue.

“Boris Johnson now has a choice: support Labour’s plan to fix this or whip his MPs to vote against a ban on dodgy second jobs for MPs and a cover-up on the Owen Paterson scandal.”