Lord Dubs, who fled the Nazis as a child on the Kindertransport, spearheaded demands for changes. 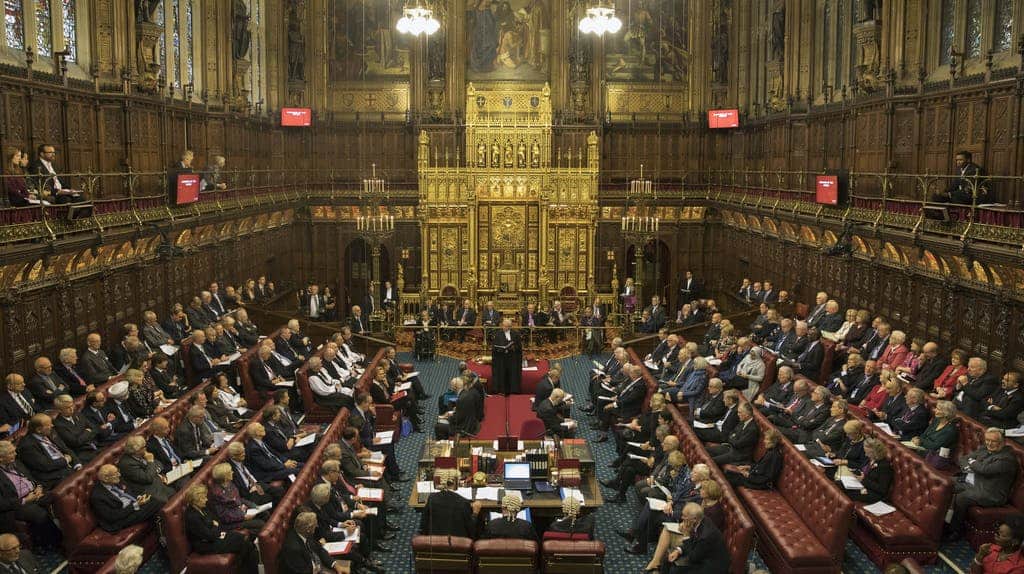 A string of heavy defeats have been inflicted by peers against the Government’s flagship immigration legislation that will end EU freedom-of-movement rules in the UK.

The House of Lords has demanded a series of changes to the Immigration and Social Security Co-ordination (EU Withdrawal) Bill, including to ensure continued help for unaccompanied child refugees.

The Government setbacks in the upper chamber raises the prospect of a legislative tussle with the elected Commons known as parliamentary ping pong, where a bill is passed between the two Houses.

The legislation, which has already been through the Commons and paves the way for a new points-based immigration system, sustained a number of early defeats in swift succession, with the holding of votes deferred from last week due to technical problems.

Peers backed by 304 votes to 224, majority 80, a Labour-led demand for an independent review into the impact of ending free movement on social care amid warnings it could fuel staff shortages and deepen the crisis facing the sector, already wrestling with Covid-19.

The Lords also voted by 312 votes to 223, majority 89, to block the imposition of financial restrictions on Britons returning to the UK with their EU families from March 2022.

An amendment, proposed by refugee campaigner and Labour peer Lord Dubs, to give EU children in care and care leavers automatic and indefinite leave to remain was supported by 323 votes to 227, majority 96.

Later, another change proposed by Lords Dubs to continue existing arrangements for unaccompanied child refugees to be reunited with close relatives in the UK went through by 317 votes to 223, majority 94.

“Child refugees are the most vulnerable of all refugees”

Speaking during the Bill’s report stage, the peer, who fled the Nazis as a child on the Kindertransport, said: “Child refugees are the most vulnerable of all refugees.

“One of our concerns must be to tackle trafficking and give child refugees legal routes to safety.

“If there are no legal routes to safety, the traffickers simply exploit vulnerable people and make a lot of money out of it and endanger the lives of the children.”

Opposition frontbencher Lord Rosser argued that child refugees in Europe faced losing their only safe and legal route to the UK.

Putting the provisions of the amendment in the Bill “will ensure that routes to safety through family reunion and relocation remain, which means that families can reunite and children can reach safety”, he said.

Pointing out the current limited arrangements for taking in child refugees would disappear at the end of the transition period, Lord Rosser added: “The consequence in respect of risks to their safety, for those seeking to join their families and for unaccompanied children are simply going to get even worse.

“Action is needed now to address the situation that is imminent.”

Responding, Tory Home Office Minister Baroness Williams of Trafford said: “This Government is equally as concerned as all peers about the wellbeing of vulnerable children and is committed to support them wherever we can.”

She highlighted plans to reform the “broken” asylum system to make it “firm but fair”.

Lady Williams said: “Our reformed system will be fair and compassionate towards those who need our help by welcoming people through safe and legal routes.”

She told peers a negotiated agreement with the EU on child refugees was the Government’s “goal” as it would guarantee the support of member states, and so did not want to preempt it with domestic legislation.