MPs will debate a government amendment to the environment bill on Monday evening. 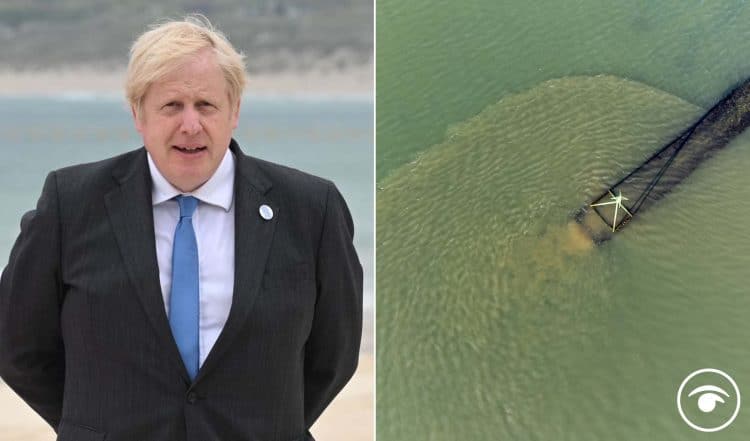 A government effort to prevent a rebellion in parliament over the dumping of raw sewage by water companies into rivers has been dismissed as far too weak.

Clean water campaigners said a government amendment to the environment bill did not create a legal duty on water companies to stop releasing raw sewage into rivers and seas.

The row over sewage discharges returns to Westminster on Monday, when MPs will be asked to pass an amendment to the environment bill written by the government in an attempt to stave off a parliamentary rebellion.

But campaigners suggest this weakens current laws and does not match the so-called sewage amendment passed in the House of Lords – which will also be considered by MPs in Monday’s debate.

The Lords amendment would place a legal duty on sewerage undertakers to take concrete steps to ensure untreated sewage is not discharged from storm overflows into inland and coastal waters.

Tory MPs are under acute pressure from constituents over the issue. Water companies released raw sewage into rivers more than 400,000 times over a total of 3.1 million hours in 2020.

Jo Maugham of the Good Law Project told The Guardian that the government’s proposal was worthless – and that the requirement to “achieve a progressive reduction” was meaningless and could not be fulfilled.

Campaigner Feargal Sharkey said the amendment was a disgrace. Speaking to Good Morning Britain, he said: “As we stand, dumping sewage into rivers is actually illegal, save for exceptional circumstances. So what government are about to do today is actually legalise something that as we speak this morning is illegal.

“What government are proposing is a water company will now be allowed to dump any amount of sewage into a river so long as they can argue they are making a progressive reduction.”

‘Pathway out of pollution’

Martin Salter of the Angling Trust added: “At a time when public trust in politicians has once again been shaken, we hope MPs will stand firm, and insist on clarity and action by Ministers to create a pathway out of pollution.”

“We have every confidence that the provisions in this bill will absolutely deliver progressive reductions in the harm caused by storm overflows, and any suggestion to the contrary is both disingenuous and untrue.”