The government's outsourcing of its coronavirus response continues apace. 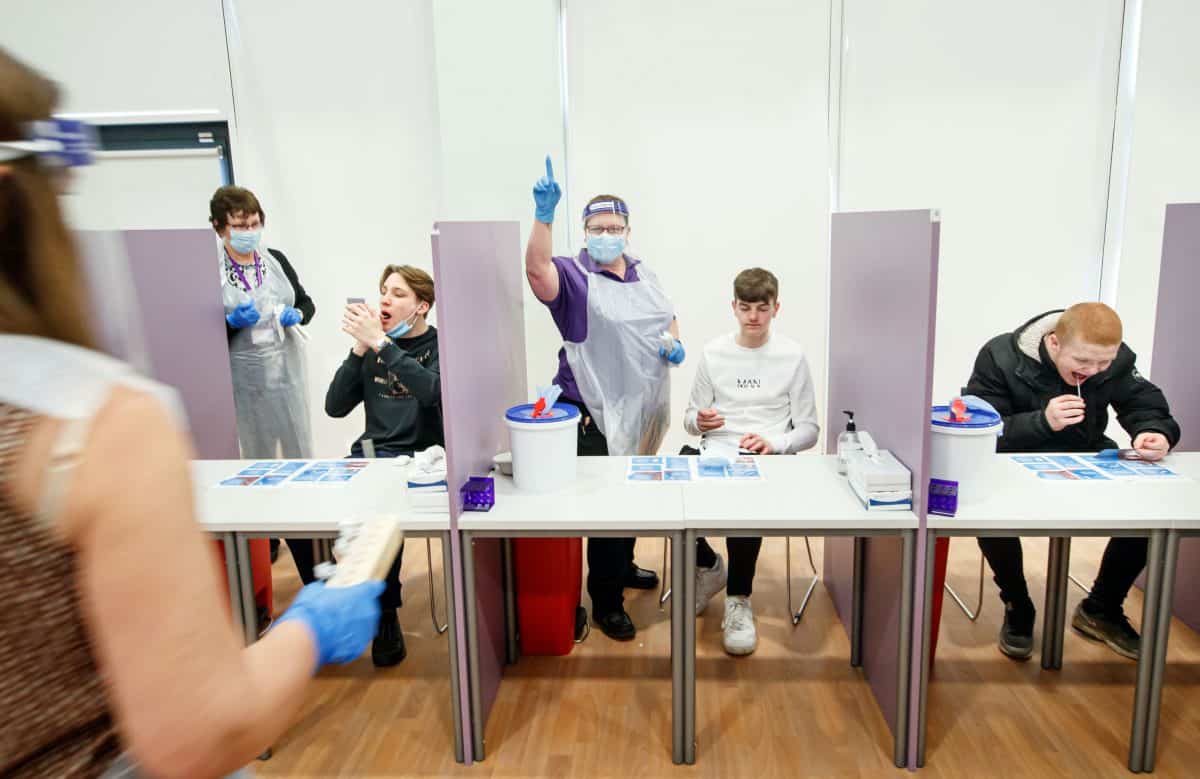 The government is hiring a communications consultant – at a rate of £750 per day – to “normalise testing as part of everyday life”.

Downing Street announced earlier this week that two weekly lateral flow tests (LFDs) will be offered to everyone in England this Friday; the tests are expected to form part of the government’s controversial “Covid status certification” scheme.

Last week the Department for Health and Social Care posted an advert for an “Interim Head of Asymptomatic Testing Communication” – to work on “designing, delivering and communicating policy”.

The job description states: “You will primarily be responsible for delivering a communications strategy to support the expansion of asymptomatic testing, that normalises testing as part of everyday life.

“The role offers the opportunity to work with a wide variety of stakeholders across the public and private sector and provide communications support to our marketing campaigns.”

Advertised through a special public sector recruitment firm, the position pays “up to £750 per day” – and initially lasts for six months.

Meanwhile, Boris Johnson has pledged to make new testing requirements for returning holidaymakers “as affordable as possible”, amid concerns that many people will be priced out of foreign travel.

Ministers announced plans for a new system on Monday that would require travellers arriving in the UK from low-risk countries to take pre-departure and post-arrival coronavirus tests.

Aviation leaders such as easyJet boss Johan Lundgren have suggested this would be unnecessary, but called for lateral flow tests to be accepted – rather than more expensive alternatives – if the policy is implemented.

“I do think we want to make things as easy as we possibly can,” Johnson told reporters on Tuesday.

“The boss of easyJet is right to focus on this issue. We’re going to see what we can do to make things as flexible and as affordable as possible.”

A Downing Street paper published on Monday stated that it is not known whether foreign leisure travel will be permitted from 17 May, which is the earliest date it could resume for people in England under the prime minister’s road map for easing restrictions.

Johnson said: “I do want to see international travel start up again. We have to be realistic. A lot of the destinations that we want to go to at the moment are suffering a new wave of the illness, of Covid, as we know.

“We can’t do it immediately, but that doesn’t mean that we’ve given up on May 17. We will be saying as much as we can, as soon as we can, about international travel.

“I know how impatient people are to book their holidays if they possibly can but I think we just have to be prudent at this stage.”

Under the traffic light system, countries will be rated “green”, “amber” and “red” based on a range of factors, including the proportion of their population which has been vaccinated, rates of infection, emerging new variants and their access to reliable scientific data and genomic sequencing.

Related: Gavin Williamson should be ‘grovelling to parents for forgiveness’ – not criticising them