A new Government scheme will assist companies in processing the extra red tape required to move goods into Northern Ireland from the rest of the UK. 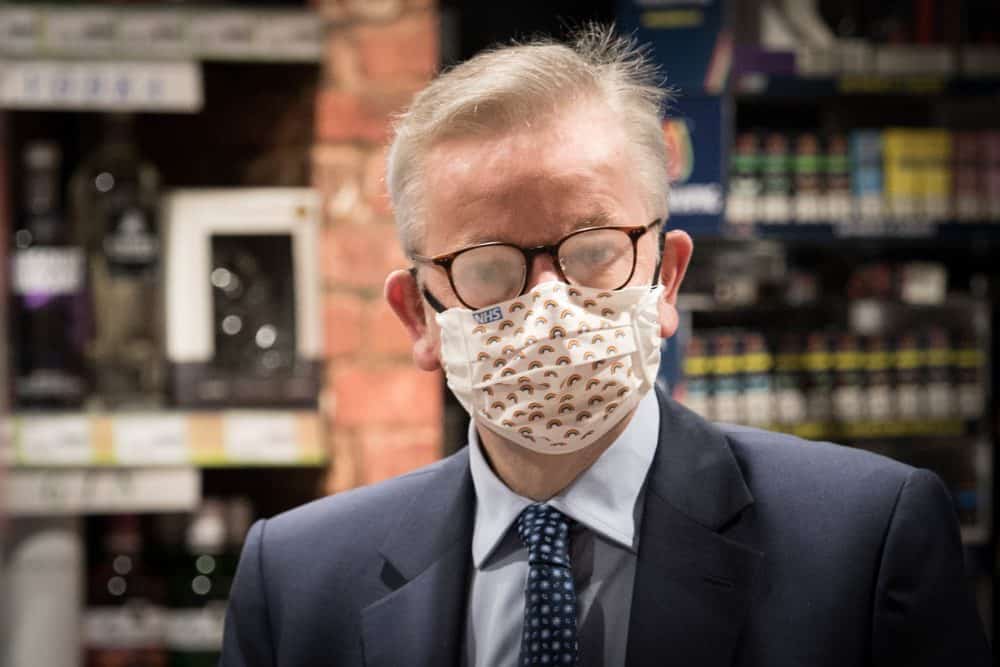 The Government has insisted a £355 million package to help Northern Ireland’s businesses navigate Brexit red tape is not an admission of an Irish Sea border.

Chancellor of the Duchy of Lancaster Michael Gove was in the region on Friday to promote the financial support measures for local traders bringing goods into Northern Ireland from Great Britain.

Mr Gove insisted Northern Ireland’s economic status within the UK was not diluted by the Brexit withdrawal deal, and predicted businesses would actually gain a competitive edge over GB counterparts under its terms.

The senior Cabinet minister also expressed optimism that a trade deal with the EU would be sealed by the end of the year, claiming the tone of negotiations had improved in recent weeks.

A £200 million Trader Support Service will help firms deal with the paperwork associated with bringing goods in from Great Britain or the rest of the world.

It will provide end-to-end assistance to deal with import, safety and security declarations on behalf of traders.

An additional £155 million is being invested to develop new “light touch” technology to ensure the process can be fully digital and streamlined.

The measures are needed because the Northern Ireland protocol within the Brexit Withdrawal Agreement requires it to remain in alignment with EU rules on goods, effectively creating a regulatory border in the Irish Sea from January 1 after the transition period ends.

That means that digital import and safety and security declarations will be needed to avoid tariffs on trade within the UK and that goods destined for Ireland or the EU pay tariffs when they should.

Unionist critics of the Northern Ireland protocol claim it will create internal borders within the UK.

Mr Gove rejected that analysis on a visit to the Ulster Carpets factory in Portadown.

“I don’t accept the argument that there’s a border down the Irish Sea because Northern Ireland businesses, Northern Ireland people will continue to have totally unfettered access to the rest of the UK,” he said.

“It does give Northern Ireland businesses an advantage though.

“It means that they have privileged access into the European single market.

“Now, as a result of that privileged access, there are some bureaucratic processes and that’s why we’re spending money today, because we wanted to make sure that Northern Ireland businesses are not out of pocket, that they and workers in Northern Ireland get all the benefits of being in the best of both worlds.”

On the prospect of a trade deal being struck with the EU before the transition period ends, Mr Gove said: “I think with respect to the negotiations that we have with the EU, our desire to implement the protocol fairly and completely I think has helped to ensure that there is a better tone and atmosphere to the negotiations.

“Obviously there’s still a fair amount to be done, but I’m optimistic that we’ll be able to secure a negotiated outcome at the end of this year.”

The minister acknowledged the impact the Covid-19 pandemic had on the Brexit process but he said he did not believe it would derail efforts to finalise an agreement.

“I don’t for a moment play down any of the consequences of Covid for Northern Ireland, for the Republic, for the whole of the UK – it’s been a uniquely challenging time,” he said.

“But it’s also been the case that it’s been a time where the strength of the United Kingdom and the quality of the relationships across these islands have come to the fore.”

The Trader Support Service is designed to take care of the new red tape on businesses’ behalf at no cost, with officials indicating it should be seen as an enduring commitment rather than a short-term fix.

The new service is outlined as part of the publication of new guidance on the protocol for businesses moving goods into and from Northern Ireland.

Further support could be provided to cover health certification requirements for agrifoods.

Mr Gove also tried to allay concerns among some consumers in Northern Ireland that their access to online products sold by GB traders could decrease as a result of the protocol.

He said the Government would support any GB-based traders who encountered issues dispatching to Northern Ireland.

“If there are people who are small traders who use Amazon or Etsy, or one of those platforms, and there are particular problems that they face then of course we’ll engage with them to see if there are any particular unintended consequences of the operationalisation of the protocol that need to be addressed,” he said.

Mr Gove also insisted that Northern Ireland businesses wanting to access the GB market by transiting through Dublin port would not be adversely impacted by using that route.

“If there are particular issues that the companies that have to rely on making sure that they can have an effective dispatch for their goods from Northern Ireland through the Republic, through Dublin, and into UK ports, we will make sure that unfettered access is secured,” he said.

The Trader Support Service will take care of the new Brexit red tape on businesses’ behalf at no cost, with officials indicating it should be seen as an enduring commitment rather than a short-term fix.

The new service is outlined as part of the publication of new guidance on the protocol for businesses moving goods into and from Northern Ireland.

Further support could be provided to cover health certification requirements for agrifoods.

Separately, the Government has committed a further £300 million to the Peace Plus programme to support reconciliation projects across the island of Ireland from 2021-27.

Commenting on the Brexit support measures, Northern Ireland Secretary Brandon Lewis said: “Businesses have always been at the heart of our preparations for the end of the transition period.

“This new Trader Support Service backed by funding of up to £200 million reinforces this approach – it is a unique service that will ensure that businesses of all sizes can have import processes dealt with on their behalf, at no cost.”